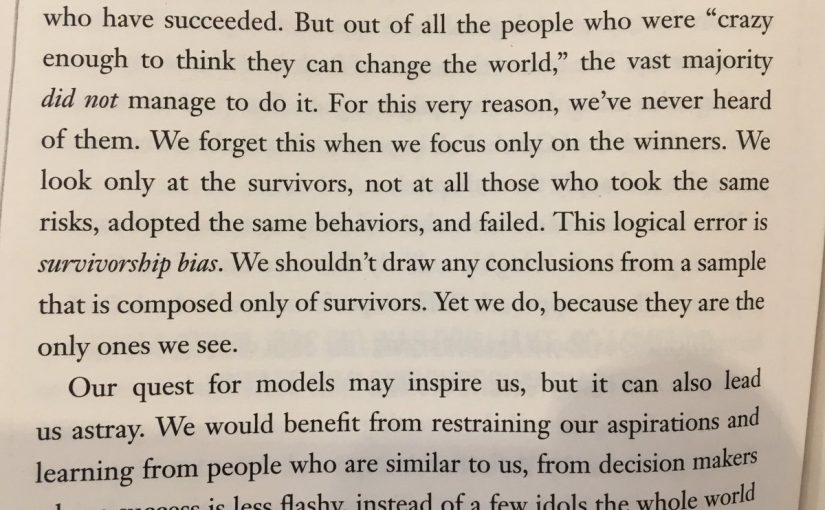 The models whose success we admire are, by definition, those who have succeeded. But out of all the people who were “crazy enough to think they can change the world,” the vast majority did not manage to do it. For this very reason, we’ve never heard of them. We forget this when we focus only on the winners. We look only at the survivors, not at all those who took the same risks, adopted the same behaviors, and failed. This logical error is survivorship bias. We shouldn’t draw any conclusions from a sample that is composed only of survivors. Yet we do, because they are the only ones we see.

Our quest for models may inspire us, but it can also lead us astray. We would benefit from restraining our aspirations and learning from people who are similar to us, from decision makers whose success is less flashy, instead of a few idols