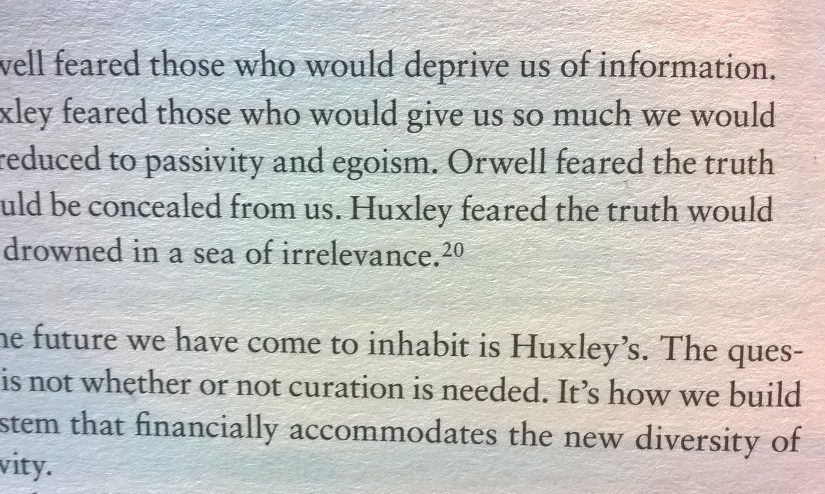 The future we have come to inhabit is Huxley’s. The question is not whether or not curation is needed. It’s how we build a system that financially accommodates the new diversity of activity.