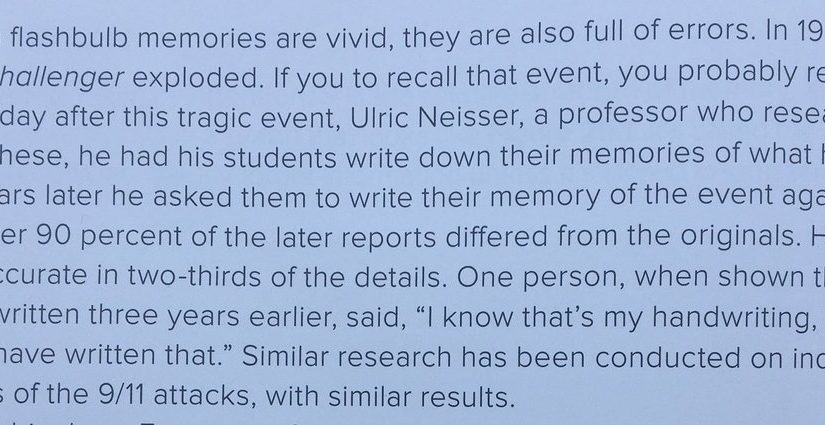 Although flashbulb memories are vivid, they are also full of errors. In 1986 the space shuttle Challenger exploded. If you to recall that event, you probably remember it vividly. The day after this tragic event, Ulric Neisser, a professor who researches memories like these, he had his students write down their memories of what had happened. Three years later he asked them to write their memory of the event again (Neisser. 1992). Over 90 percent of the later reports differed from the originals. Half of them were inaccurate in two-thirds of the details. One person, when shown the description she had written three years earlier, said, “I know that’s my handwriting, but I couldn’t possibly have written that.” Similar research has been conducted on individuals with memories of the 9/11 attacks, with similar results.