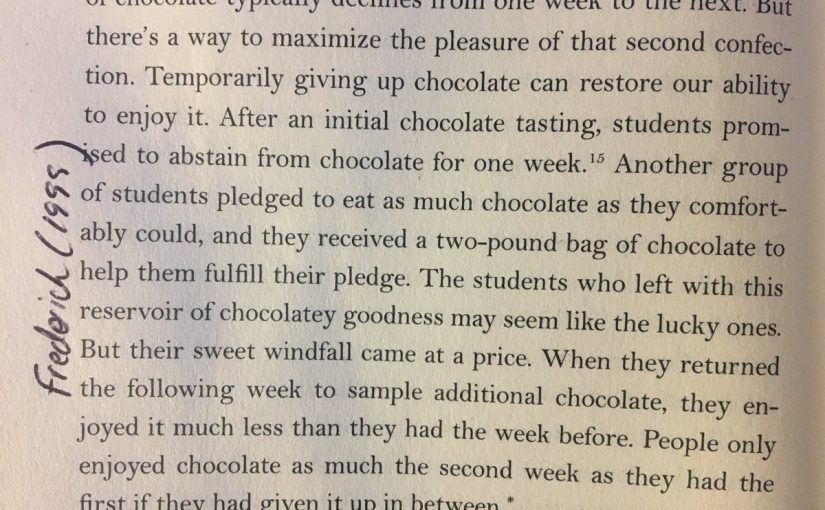 But there’s a way to maximize the pleasure of that second confection. Temporarily giving up chocolate can restore our ability to enjoy it. After an initial chocolate tasting, students promised to abstain from chocolate for one week. Another group of students pledged to eat as much chocolate as they comfortably could, and they received a two-pound bag of chocolate to help them fulfill their pledge. The students who left with this reservoir of chocolatey goodness may seem like the lucky ones. But their sweet windfall came at a price. When they returned the following week to sample additional chocolate, they enjoyed it much less than they had the week before. People only enjoyed chocolate as much the second week as they had the first if they had given it up in between.”

Except from: Happy Money: The New Science of Smarter Spending by Elizabeth Dunn and Michael Norton