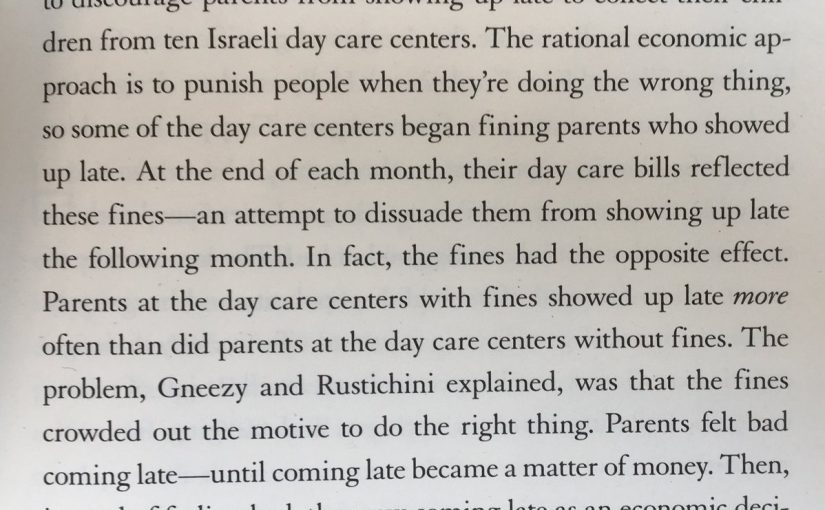 In fact, the fun in gamification may crowd out important motives by changing how people see the experience entirely. In the late 1990s, economists Uri Gneezy and Aldo Rustichini tried to discourage parents from showing up late to collect their children from ten Israeli day care centers. The rational economic approach is to punish people when they’re doing the wrong thing, so some of the day care centers began fining parents who showed up late. At the end of each month, their day care bills reflected these fines — an attempt to dissuade them from showing up late the following month. In fact, the fines had the opposite effect. Parents at the day cate centers with fines showed up late more often than did parents at the day care center without fines. The problem, Gneezy and Rusitchini explained, was that the fines crowded out the motive to do the right thing. Parents felt bad coming late — until coming late became a matter of money. Then, instead of feeling bad, they saw coming late as an economic decision. The intrinsic motive to do good — to show up on time — was crowded out by the extrinsic motive to show up late in exchange for the fair price.

Excerpt from: Irresistible: The Rise of Addictive Technology and the Business of Keeping Us Hooked by Adam Alter