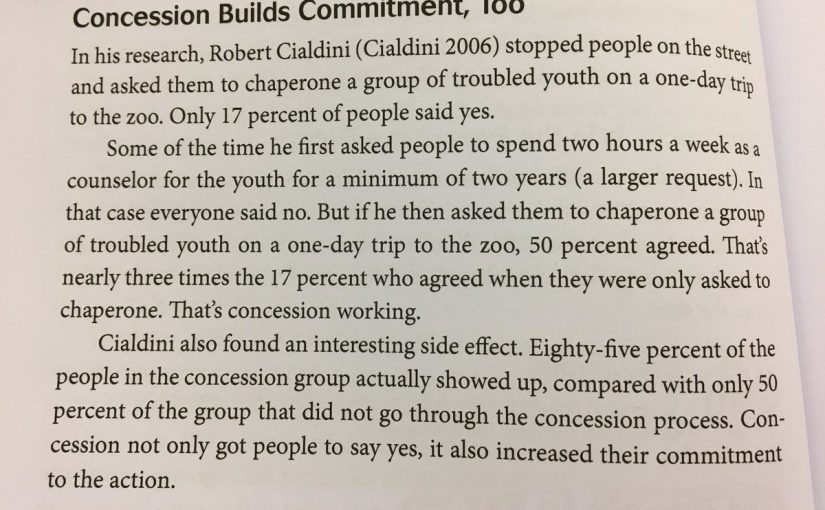 In his research, Robert Cialdini (Cialdini 2006) stopped people on the st and asked them to chaperone a group of troubled youth on a one-day trin to the zoo. Only 17 percent of people said yes.

Some of the time he first asked people to spend two hours a week as a counselor for the youth for a minimum of two years (a larger request). In that case everyone said no. But if he then asked them to chaperone a group of troubled youth on a one-day trip to the zoo, 50 percent agreed. That’s nearly three times the 17 percent who agreed when they were only asked to chaperone. That’s concession working.

Cialdini also found an interesting side effect. Eighty-five percent of the people in the concession group actually showed up, compared with only 50 percent of the group that did not go through the concession process. Concession not only got people to say yes, it also increased their commitment to the action.