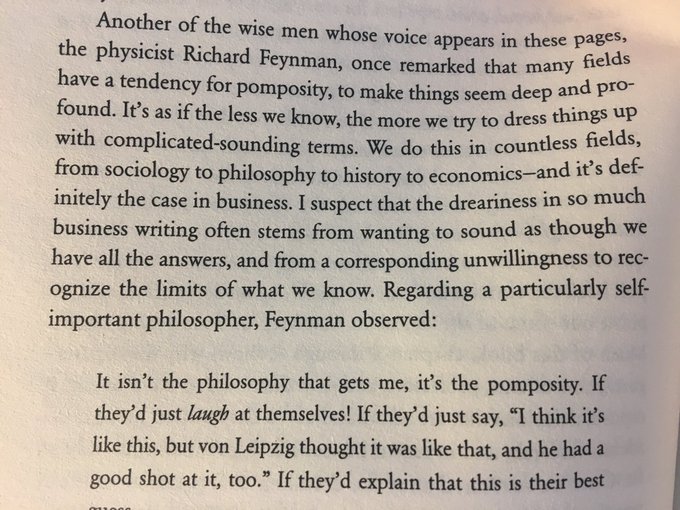 Another of the wise men whose voice appears in these pages, the physicist Richard Feynman, once remarked that many fields have a tendency for pomposity, to make things seem deep and pro­ found. It’s as if the less we know, the more we try to dress things up with complicated-sounding terms. We do this in countless fields, from sociology to philosophy to history to economics – and it’s def­initely the case in business. I suspect that the dreariness in so much business writing often stems from wanting to sound as though we have all the answers, and from a corresponding unwillingness to recognize the limits of what we know. Regarding a particularly self­ important philosopher, Feynman observed:

It isn’t the philosophy that gets me, it’s the pomposity. If they’d just laugh at themselves! If they’d just say, “I think it’s like this, but von Leipzig thought it was like that, and he has a good shot at it, too”.

Excerpt from: The Halo Effect: How Managers let Themselves be Deceived by Phil Rosenzweig