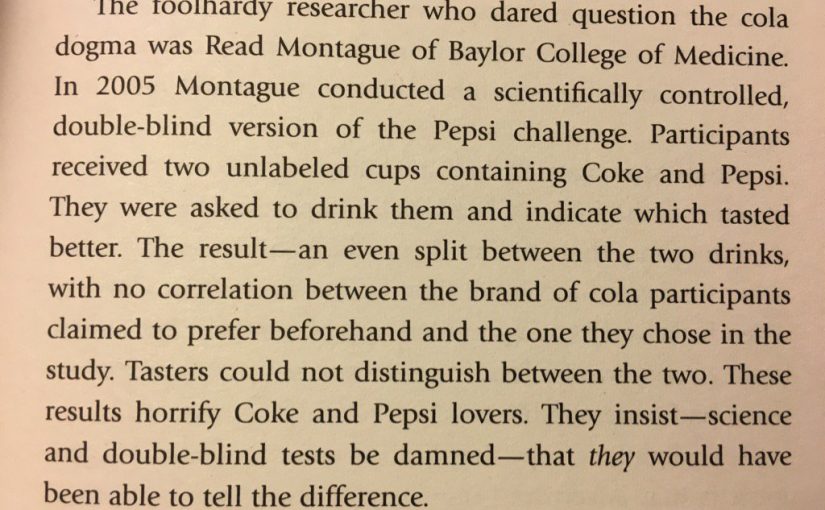 The foolhardy researcher who dared question the cola dogma was Read Montague of Baylor College of Medicine. In 2005 Montague conducted a scientifically controlled, double-blind version of the Pepsi challenge. Participants received two unlabeled cups containing Coke and Pepsi. They were asked to drink them and indicate which tasted better. The result—an even split between the two drinks, with no correlation between the brand of cola participants claimed to prefer beforehand and the one they chose in the study. Tasters could not distinguish between the two. These results horrify Coke and Pepsi lovers. They insist—science and double-blind tests be damned—that they would have been able to tell the difference.

Excerpt from: Elephants on Acid and other bizarre experiments by Alex Boese