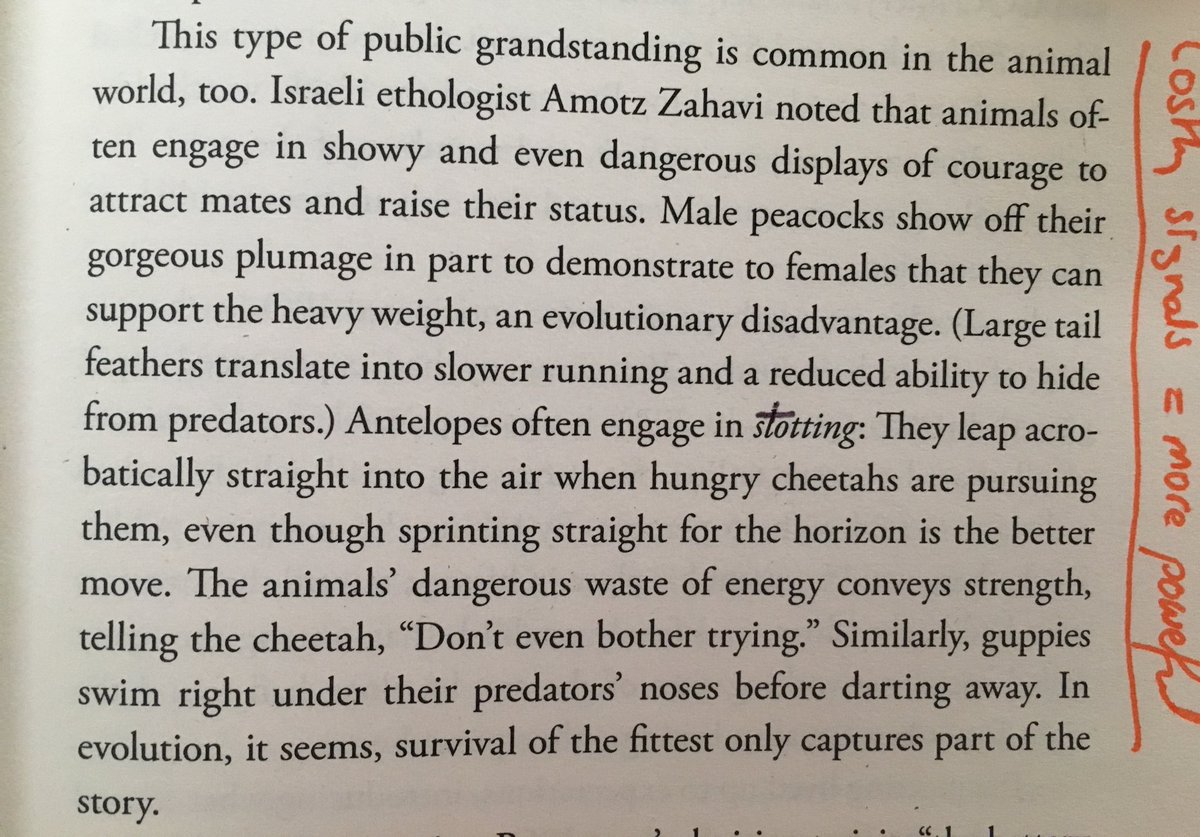 This type of public grandstanding is common in the animal world, too. Israeli ethologist Amotz Zahavi noted that animals often engage in showy and even dangerous displays of courage to attract mates and raise their stats. Male peacocks show off their gorgeous plumage in part to demonstrate to females that they can support the heavy weight, an evolutionary disadvantage. (Large tail feathers translate into slower running and a reduced ability to hide from predators.) Antelopes often engage in stotting: They leap acrobatically straight into the air when hungry cheetahs are pursuing them, even though sprinting straight for the horizon is a better move. The animals’ dangerous waste of energy conveys strength, telling the cheetah, “Don’t even bother trying.” Similarly, guppies swim right under their predators’ noses before darting away. In evolution, it seems, survival of the fittest only captures part of the story.