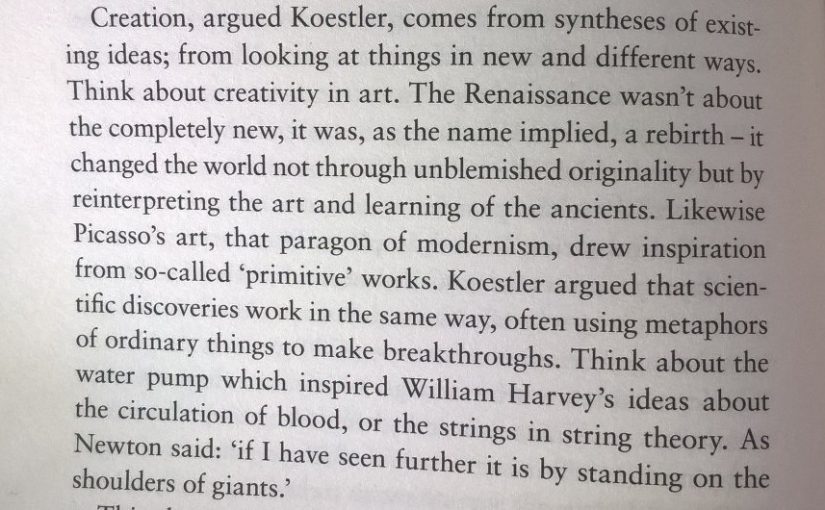 Creation, argued Koestler, comes from syntheses of existing ideas; from looking at things in new and different ways. Think about creativity in art. The Renaissance wasn’t about the completely new, it was, as the name implied, a rebirth – it changed the world not through unblemished originality but by reinterpreting the art and learning of the ancients. Likewise Picasso’s art, that paragon of modernism, drew inspiration from so-called ‘primitive’ works. Koestler argued that scientific discoveries work in the same way, often using metaphors or ordinary things to make breakthroughs. Think about the water pump which inspired William Harvey’s ideas about the circulation of blood, or the strings in string theory. As Newton said: ‘if I have seen further it is by standing on the shoulders of giants.’