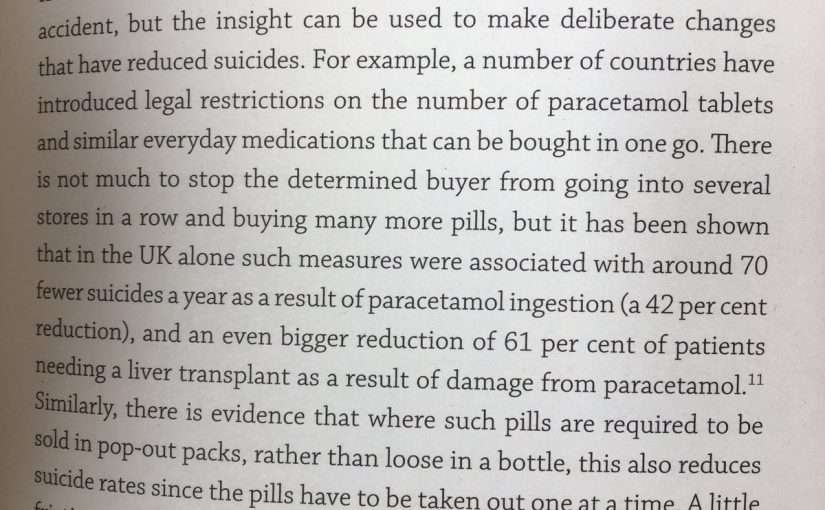 The extraordinary reductions in suicide resulting from changes in levels of carbon monoxide might have happened by accident, but the insight can be used to make deliberate changes that have reduced suicides. For example, a number of countries have introduced legal restrictions on the number of paracetamol tablets and similar everyday medications that can be bought in one go. There is not much to stop the determined buyer from going into several stores in a row and buying more pills, but it has been shown that in the UK alone such measure were associate with around 70 fewer suicides a year as a result of paracetamol ingestion (a 42 percent reduction), and an even bigger reduction of 61 per cent of patients needing a liver transplant as a result of damage from paracetamol. Similarly, there is evidence that where such pills are required to be sold in pop-out packs, rather than loose in a bottle, this also reduces suicide rates since the pills have to be taken out one at a time. A little friction, it turns out, is not always a bad thing.