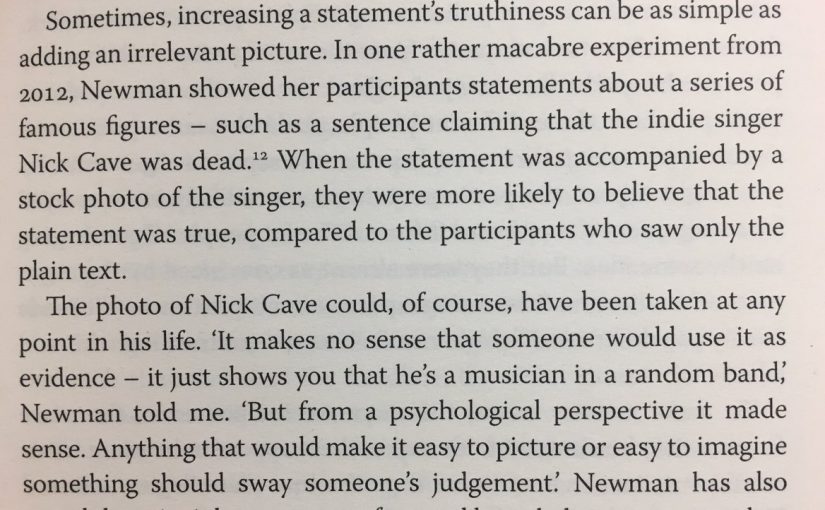 Sometimes, increasing a statement’s truthiness can be as simple as adding an irrelevant picture. In one rather macabre experiment from 2012, Newman showed her participants statements about a series of famous figures – such as a sentence claiming that the indie singer Nick Cave was dead. When the statement was accompanied by a stock photo of the singer, they were more likely to believe that the statement was true, compared to the participants who saw only the plain text.

The photo of Nick Cave could, of course, have been taken at any point in his life. It makes no sense that someone would use it as evidence – it just shows you that he’s a musician in a random band,’ Newman told me. ‘But from a psychological perspective it made sense. Anything that would make it easy to picture or easy to imagine something should sway someone’s judgement.’

Excerpt from: The Intelligence Trap: Why Smart People Do Stupid Things and how to Make Wiser Decisions by David Robson