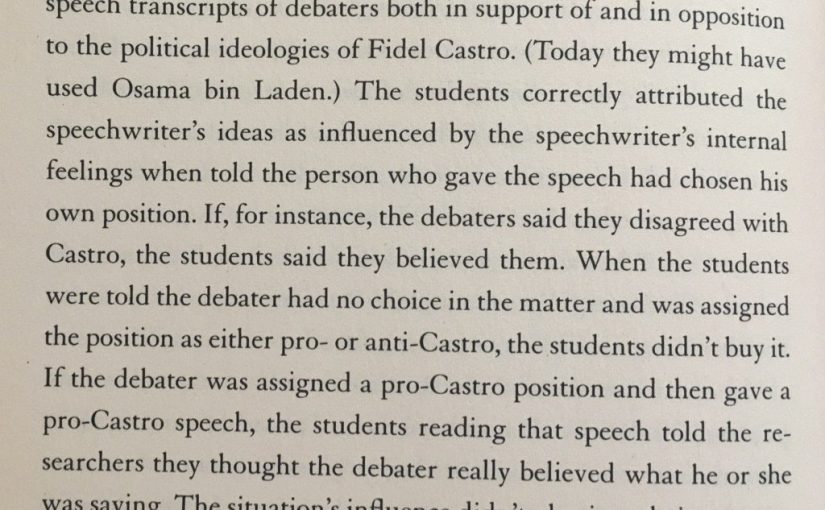 Fundamental attribution error was conducted in 1967 by Edward Jones and Victor Harris at Duke University. They had students read speech transcripts of debaters both in support of and in opposition to the political ideologies of Fidel Castro. (Today they might have used Osama bin Laden.) The students correctly attributed the speechwriter’s ideas as influenced by the speechwriter’s internal feelings when told the person who gave the speech had chosen his own position. If, for instance, the debaters said they disagreed with Castro, the students said they believed them. When the students were told the debater had no choice in the matter and was assigned the position as either pro- or anti-Castro, the students didn’t buy it. If the debater was assigned a pro-Castro position and then gave a pro-Castro speech, the students reading that speech told the researchers they thought the debater really believed what he or she was saying. The situation’s influence didn’t play into their assumptions; instead they saw all the debaters’ words as springing from their character.