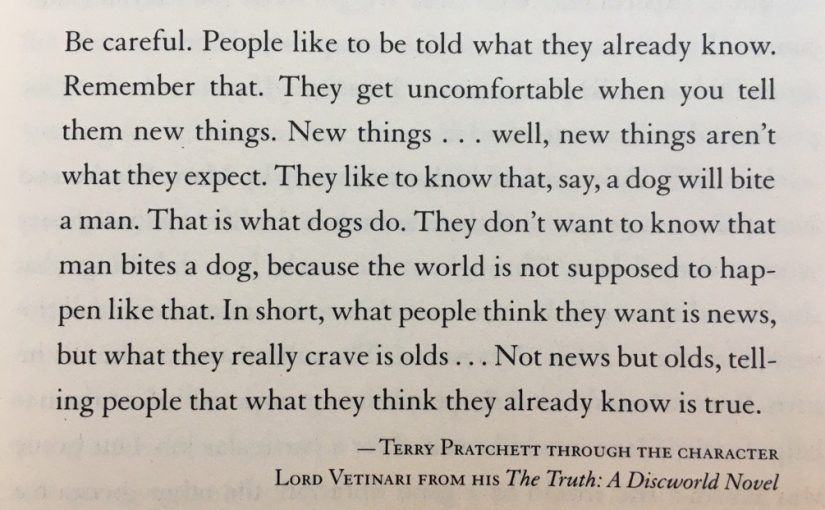 Be careful. People like to be told what they already know. Remember that. They get uncomfortable when you tell them new things. New things . . . well, new things aren’t what they expect. They like to know that, say, a dog will bite a man. That is what dogs do. They don’t want to know that man bites a dog, because the world is not supposed to happen like that. In short, what people think they want is news, but what they really crave is olds … Not news but olds, telling people that what they think they already know is true.

—Terry Pratchett through the character Lord Vetinari from his The Truth: A Discworld Novel