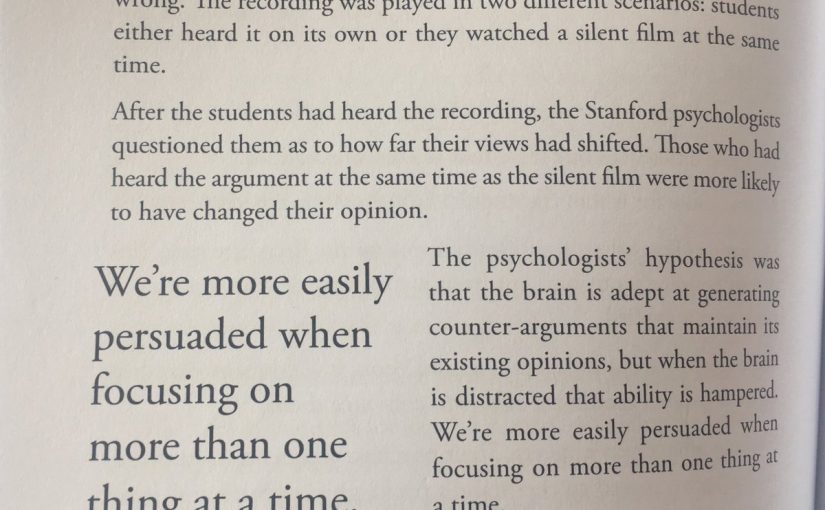 In 1964, Festinger and Nathan Maccoby, academics at Stanford University, recruited members of college fraternities. They played those students an audio argument about why fraternities were morally wrong. The recording was played in two different scenarios; students either heard it on its own or they watched a silent film at the same time.

After the students had heard the recording, the Stanford psychologists questioned them as to how far their views had shifted. Those who had heard the argument at the same time as the silent film were more likely to have changed their opinion.

The psychologists’ hypothesis was that the brain is adept at generating counter-arguments that maintain its existing opinions, but when the brain is distracted that ability is hampered. We’re more easily persuaded when focusing on more than one thing at a time.

The lesson is clear: target rejecters when they’re partially distracted.