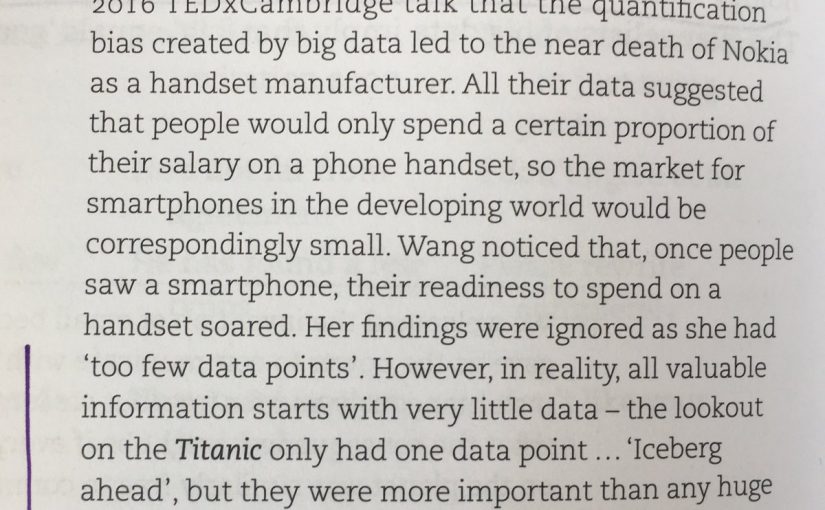 The ethnographer Tricia Wang even suggested in her 2016 TEDxCambridge talk that quantifications bias created by big data led to the near death of Nokia as a handset manufacturer. All their data suggested that people would only spend a certain proportion of their salary on a phone handset, so the market for smartphones in the developing world would be correspondingly small. Wang noticed that, once people saw a smartphone, their readiness to spend on a handset soared. Her findings were ignored as she had ‘too few data points’. However, in reality, all valuable information starts with very little data — the lookout on the Titanic only had one data point… ‘Iceberg ahead’, but they were more important than any huge survey on iceberg frequency.