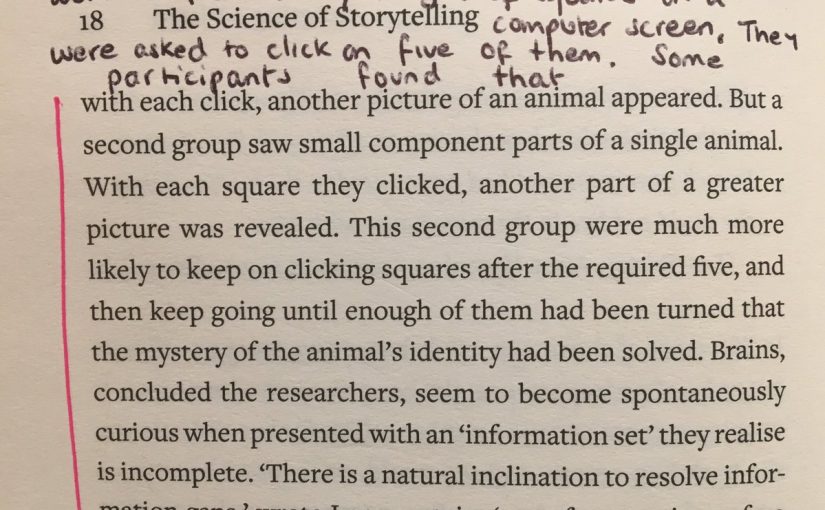 Loewenstein writes of a test in which participants were confronted by a grid of squares on a computer screen. They were asked to click on five of them. Some participants found that with each click, another picture of an animal appeared. But a second group saw small component parts of a single animal. With each square they clicked, another part of a greater picture was revealed. This second group were much more likely to keep on clicking squares after the required five, and then keep going until enough of them had been turned that the mystery of the animal’s identity had been solved. Brains, concluded the researchers, seem to become spontaneously curious when presented with an ‘informations set’ they realise is incomplete. ‘There is a natural inclination to resolve information gaps,’ wrote Lowenstein, ‘even for questions of no importance.’