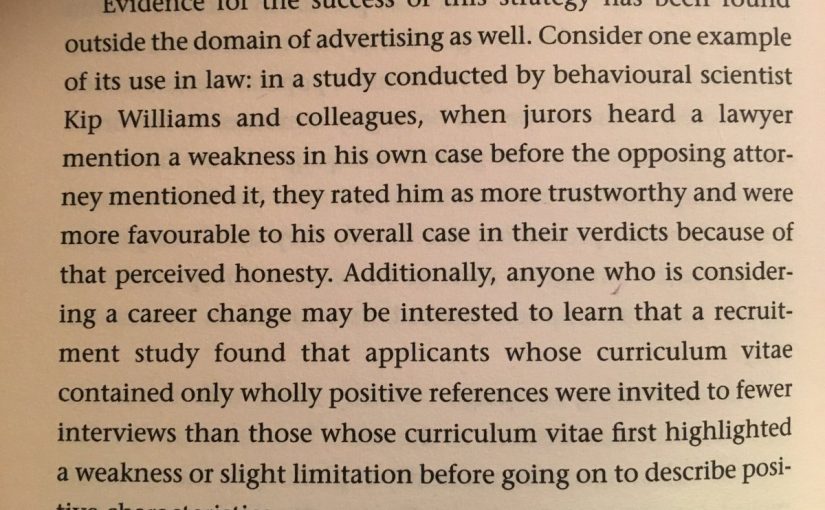 Evidence for the success of this strategy has been found outside the domain of advertising as well. Consider an example of its use in law: in a study conducted by behavioural scientist Kip Williams and colleagues, when jurors heard a lawyer mention a weakness in his own case before the opposing attorney mentioned it, they rated him as more trustworthy and were more favourable to his overall case in their verdicts because of that perceived honesty. Additionally, anyone who is considering a career change may be interested to learn that a recruitment study found that applicants whose curriculum vitae contained only wholly positive references were invited to fewer interviews than those whose curriculum vitae first highlighted a weakness or slight limitation before going on to describe positive characteristics.