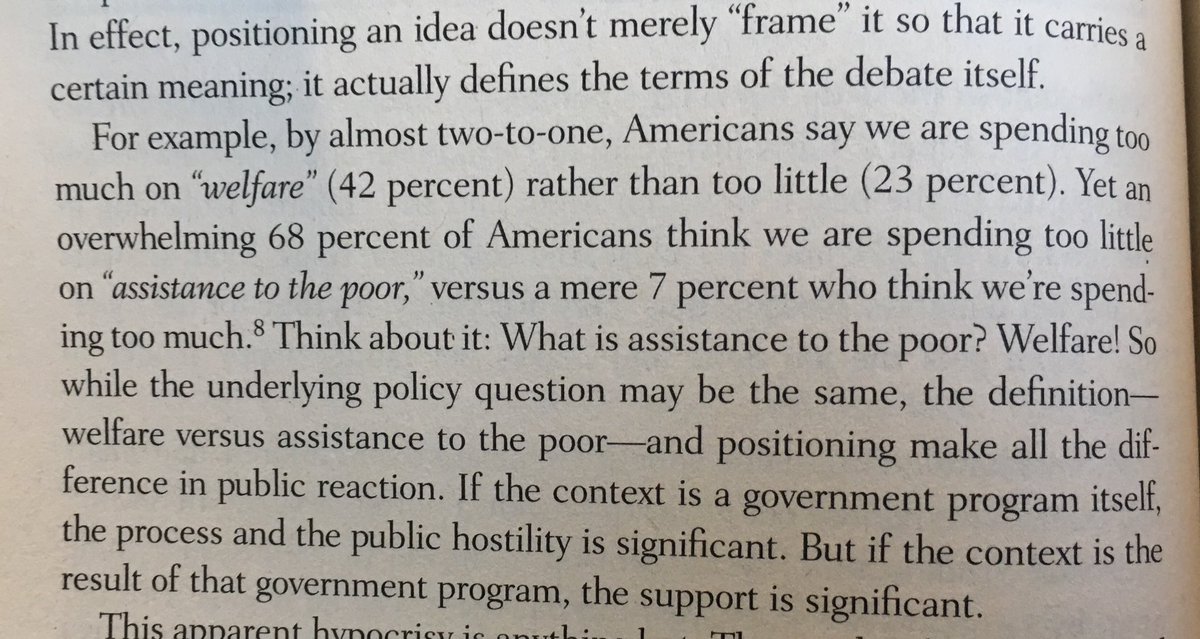 In effect, positioning an idea doesn’t merely “frame” it so that it carries a certain meaning; it actually defines the terms of the debate itself.

For example, by almost two-to-one, Americans say we are spending too much on “welfare” (42 percent) rather than too little (23 percent). Yet an overwhelming 68 percent of American think we are spending too little on “assistance to the poor,” versus a mere 8 percent who think we’re spending too much. Think about it: What is assistance to the poor? Welfare! So while the underlying policy in question may be the same, the definition — welfare versus assistance to the poor — and positioning make all the difference in public reaction. If the context is a government program itself, the process and the public hostility is significant. But if the context is the result of that government program, the support is significant.