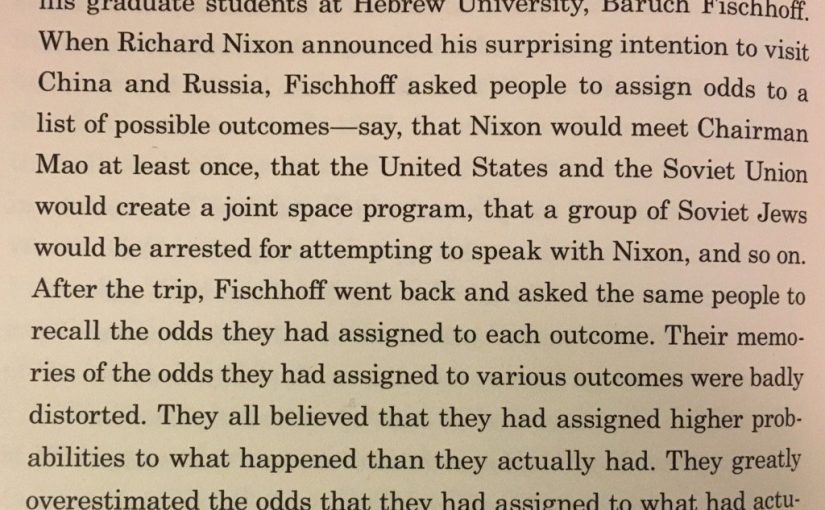 Amos talked about research then being conducted by one of his graduate students at Hebrew University, Baruch Fischhoff. When Richard Nixon announced his surprising intention to visit China and Russia, Fischhoff asked people to assign odds to a list of possible outcomes—say, that Nixon would meet Chairman Mao at least once, that the United States and the Soviet Union would create a joint space program, that a group of Soviet Jews would be arrested for attempting to speak with Nixon, and so on. After the trip, Fischhoff went back and asked the same people to recall the odds they had assigned to each outcome. Their memories of the odds they had assigned to various outcomes were badly distorted. They all believed that they had assigned higher probabilities to what happened than they actually had. They greatly overestimated the odds that they had assigned to what had actually happened.