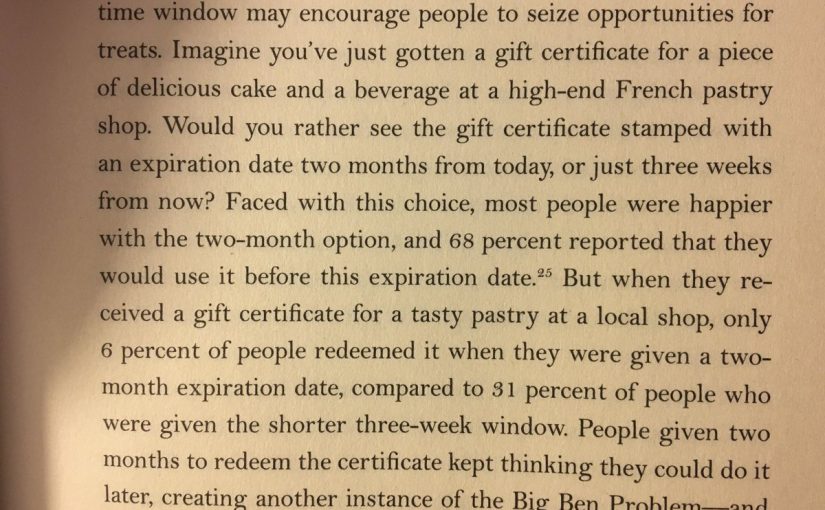 The Big Ben Problem suggests that introducing a limited time window may encourage people to seize opportunities for treats. Imagine you’ve just gotten a gift certificate for a piece of delicious cake and a beverage at a high-end French pastry shop. Would you rather see the gift certificate stamped with an expiration date two months from today, or just three weeks from now? Faced with this choice, most people were happier with the two-month option, and 68 percent reported that they would use it before this expiration date. But when they received a gift certificate for a tasty pastry at a local shop, only 6 percent of people redeemed it when they were given a two month expiration date, compared to 31 percent of people who were given the shorter three-week window. People given two months to redeem the certificate kept thinking they could do it later, creating another instance of the Big Ben Problem

Except from: Happy Money: The New Science of Smarter Spending by Elizabeth Dunn and Michael Norton