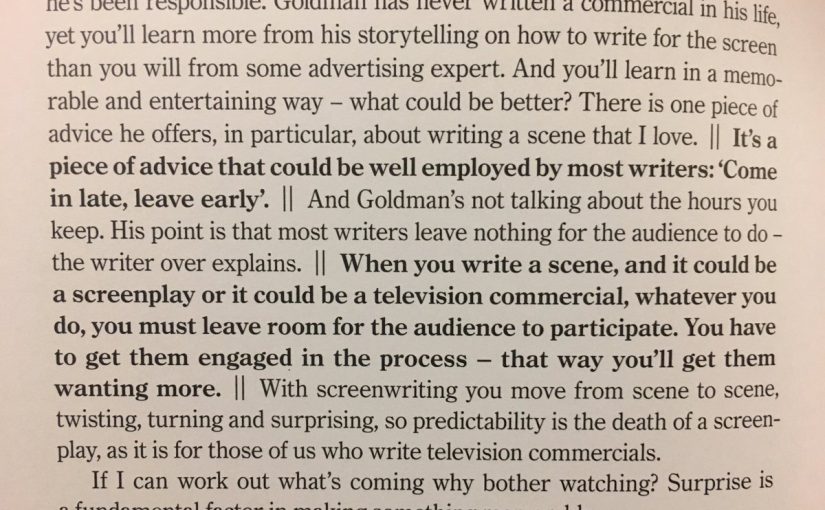 Goldman has never written a commercial in his life yet you’ll learn more from his storytelling on how to write for the screen than you will from some advertising expert. And you’ll learn in a memorable and entertaining way – what could be better? There is one piece of advice he offers, in particular, about writing a scene that I love. || It’s a piece of advice that could be well employed by most writers: ‘Come in late, leave early’. || And Goldman’s not talking about the hours you keep. His point is that most writers leave nothing for the audience to do – the writer over explains. || When you write a scene, and it could be a screenplay or it could be a television commercial, whatever you do, you must leave room for the audience to participate. You have to get them engaged in the process – that way you’ll get them wanting more. || With screenwriting you move from scene to scene, twisting, turning and surprising, so predictability is the death of a screenplay, as it is for those of us who write television commercials.

If I can work out what’s coming why bother watching? Surprise is a fundamental factor in making something memorable.

Excerpt from: Hegarty on Advertising: Turning Intelligence into Magic by John Hegarty