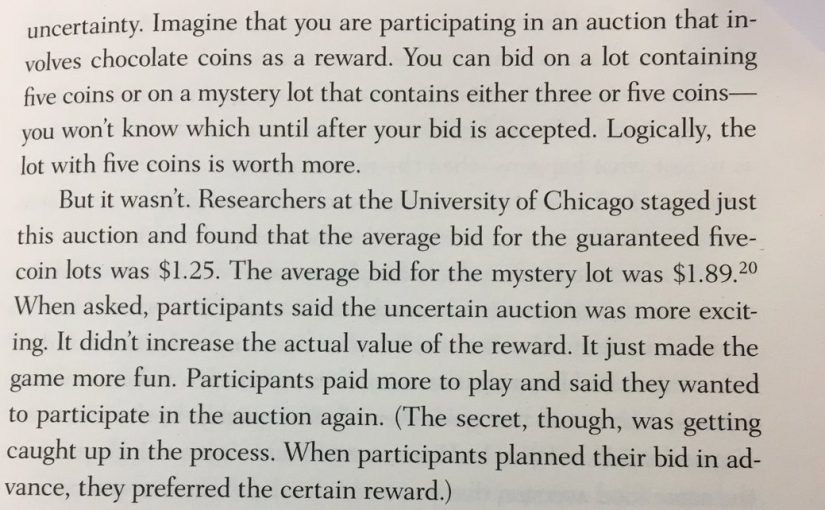 Imagine that you are participating in an auction that involves chocolate coins as a reward. You can bid on a lot containing five coins or on a mystery lot that contains either three or five coins— you won’t know which until after your bid is accepted. Logically, the lot with five coins is worth more.

But it wasn’t. Researchers at the University of Chicago staged just this auction and found that the average bid for the guaranteed five coin lots was $1.25. The average bid for the mystery lot was $1.89. When asked, participants said the uncertain auction was more exciting. It didn’t increase the actual value of the reward. It just made the game more fun. Participants paid more to play and said they wanted to participate in the auction again. (The secret, though, was getting caught up in the process. When participants planned their bid in advance, they preferred the certain reward.)