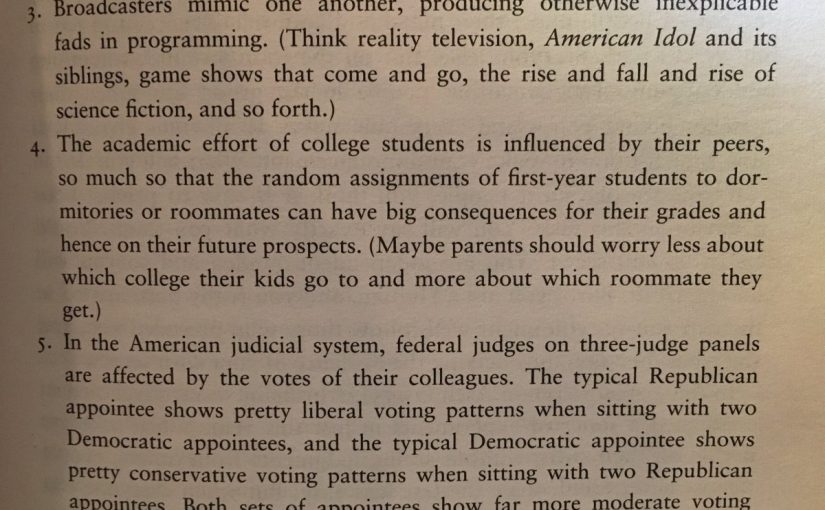 Obesity is contagious. If your best friends get fat, your risk of gaining weight goes up.

Broadcasters mimic one another, producing otherwise inexplicable fads in programming. (Think reality television, American Idol and its siblings, game shows that come and go, the rise and fall and rise of science fiction, and so forth.)

The academic effort of college students is influenced by their peers, so much so that the random assignments of first-year students to dormitories or roommates can have big consequences for their grades and hence on their future prospects. (Maybe parents should worry less about which college their kids go to and more about which roommate they get.)