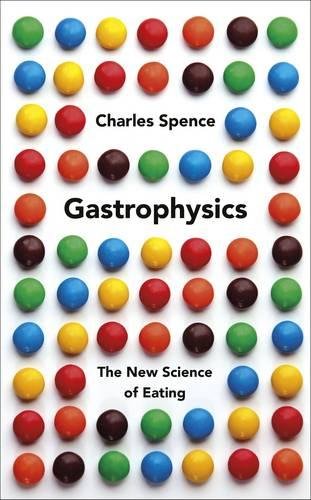 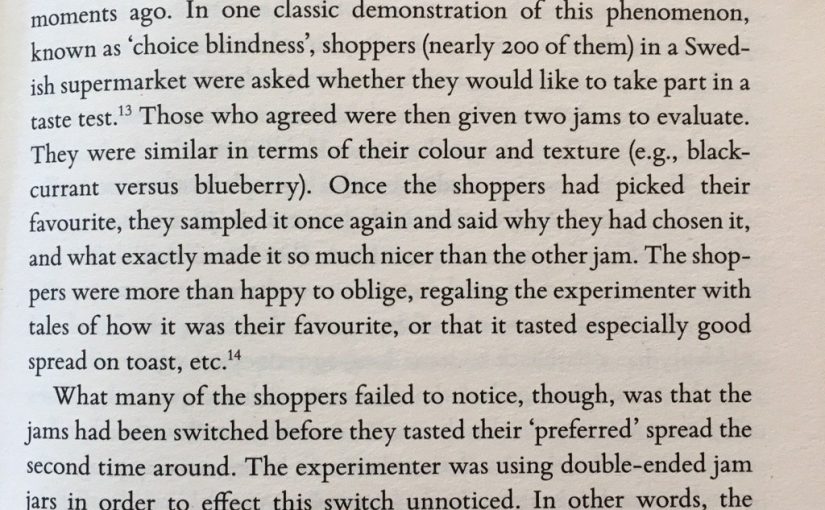 It turns out that we actually have surprisingly little recollection (or awareness) of even that which we tasted only a few moments ago. In one classic demonstration of this phenomenon, known as ‘choice blindness’, shoppers (nearly 200 of them) in a Swedish supermarket were asked whether they would like to take part in a taste test.13 Those who agreed were then given two jams to evaluate. They were similar in terms of their colour and texture (e.g., blackcurrant versus blueberry). Once the shoppers had picked their favourite, they sampled it once again and said why they had chosen it, and what exactly made it so much nicer than the other jam. The shoppers were more than happy to oblige, regaling the experimenter with tales of how it was their favourite, or that it tasted especially good spread on toast, etc.

What many of the shoppers failed to notice, though, was that the jams had been switched before they tasted their ‘preferred’ spread the second time around. The experimenter was using double-ended jam jars in order to effect this switch unnoticed. In other words, the unsuspecting customers were justifying why they liked the spread that they had just rejected. 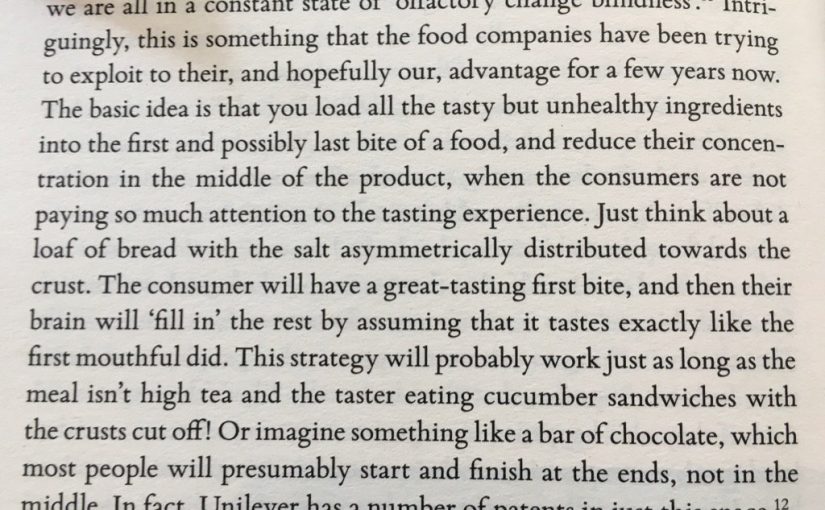 We are all in a constant state of ‘olfactory change blindness’. Intriguingly, this is something that the food companies have been trying to exploit to their, and hopefully our, advantage for a few years now. The basic idea is that you load all the tasty but unhealthy ingredients into the first and possibly last bite of a food, and reduce their concentration in the middle of the product, when the consumers are not paying so much attention to the tasting experience. Just think about a loaf of bread with the salt asymmetrically distributed towards the crust. The consumer will have a great-tasting first bite, and then their brain will ‘fill in’ the rest by assuming that it tastes exactly like the first mouthful did. This strategy will probably work just as long as the meal isn’t high tea and the taster eating cucumber sandwiches with the crusts cut off! Or imagine something like a bar of chocolate, which most people will presumably start and finish at the ends, not in the middle. In fact, Unilever has a number of patents in just this space.