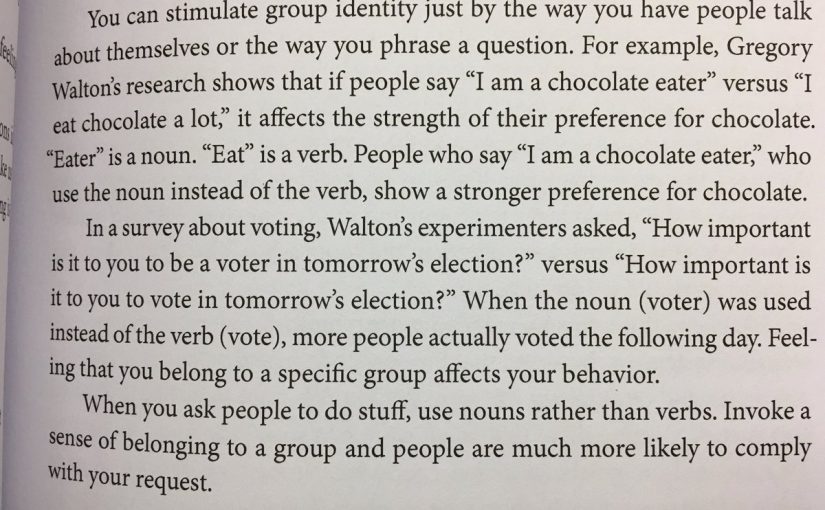 You can stimulate group identity just by the way you have people talk about themselves or the way you phrase a question. For example, Gregory Walton’s research shows that if people say “I am a chocolate eater” versus “I eat chocolate a lot,” it affects the strength of their preference for chocolate. “Eater” is a noun. “Eat” is a verb. People who say “I am a chocolate eater,” who use the noun instead of the verb, show a stronger preference for chocolate.

When you ask people to do stuff, use nouns rather than verbs. Invoke a sense of belonging to a group and people are much more likely to comply with your request.