While we each may initially react quite differently to an event, we all have a built-in ability to detect and neutralize challenges to our happiness. This has been called our psychological immune system. Just as your body adjusts to getting into hot water, so your mind adjusts to change: the psychological reaction to changes in stimuli is analogous to the physiological reaction to changes in temperature. And your psychological immune system works a little like your physical immune system, which kicks in when faced with a threat, such as when someone nearby coughs or sneezes. This highlights the fact that many adaptation processes take place automatically and unconsciously, we simply get used to some changes without thinking about whether or not we really want to.

In one of the most interesting studies in this area, students were asked to predict how much worse their mood would be if they were rejected for a job: their average estimate was two points lower than their current mood on a ten-point scale. In sharp contrast, the actual being rejected was only 0.4 points on the same ten-point scale that effect was fleeting: ten minutes after the rejection, their happiness levels had returned to normal. By the way, there was no real job offer-such is the fun that psychologists often have at their students’ expense.

If your partner dumps you, give it a few months and you’ll generally look back on your partner as having been unsuitable. Chances are that you will then meet someone who makes you happier than that loser did. This is not to say that the pain of the breakup is any less real, just that you can take some comfort from it not lasting. 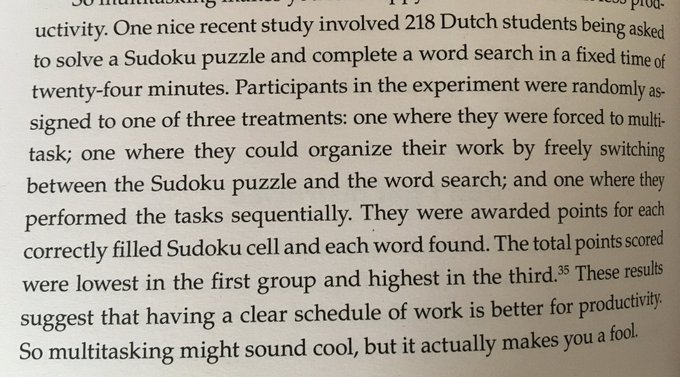 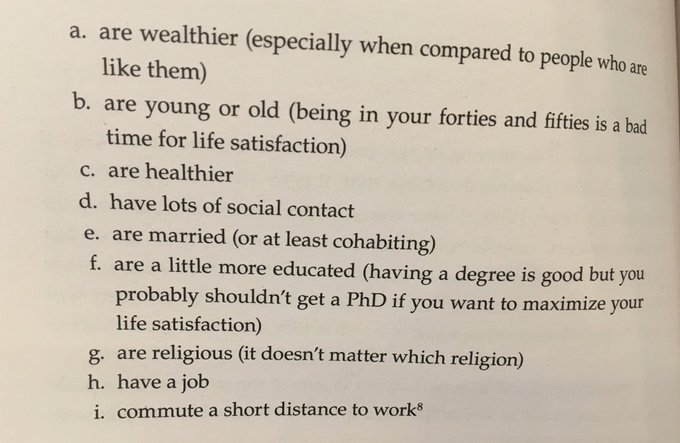 a. are wealthier (especially when compared to people who are like them)
b. are young or old (being in your forties and fifties is a bad time for life satisfaction)
c. are healthier
d. have lots of social contact
e. are married (or at least cohabiting)
f. are a little more educated (having a degree is good but you probably shouldn’t get a PhD if you want to maximize your life satisfaction)
g. are religious (it doesn’t matter which religion)
h. have a job
i. commute a short distance to work 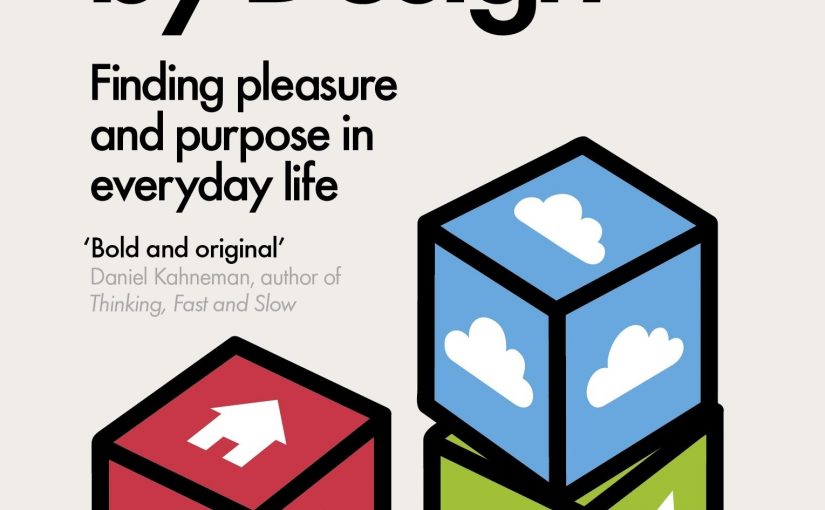