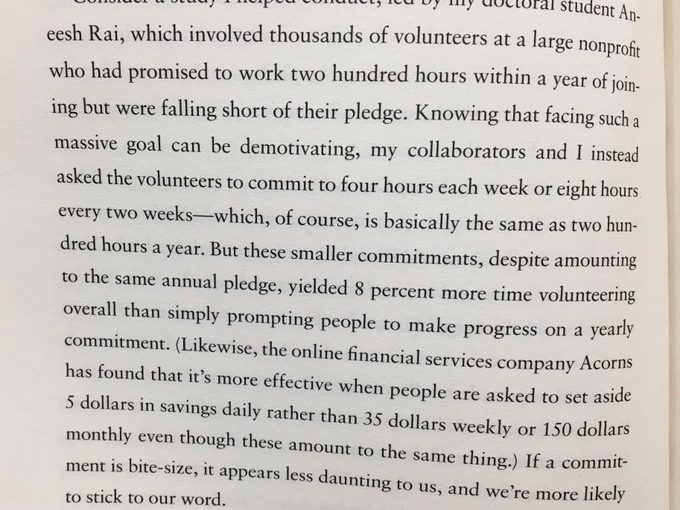 Consider a study I helped conduct, led by my doctoral student An­eesh Rai, which involved thousands of volunteers at a large nonprofit who had promised to work two hundred hours within a year of joining but were falling short of their pledge. Knowing that facing such a massive goal can be demotivating, my collaborators and I instead asked the volunteers to comm it to four hours each week or eight hours every two weeks-which, of course, is basically the same as two hundred hours a year. But these smaller commitments, despite amounting to the same annual pledge, yielded 8 percent more time volunteering overall than simply prompting people to make progress on a yearly commitment. (Likewise, the online financial services company Acorns has found that it’s more effective when people are asked to set aside monthly even though these amount to the same thing.) If a commitment is bite-size, it appears less daunting to us, and we’re more likely to stick to our world.

Excerpt from: How to Change: The Science of Getting from Where You Are to Where You Want to Be by Katy Milkman 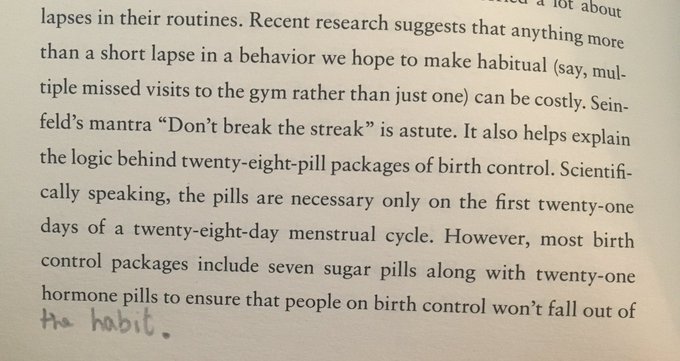 Recent research suggests that anything more than a short lapse in a behavior we hope to make habitual (say, multiple missed visits to the gym rather than just one) can be costly. Seinfeld’s mantra “Don’t break the streak” is astute. It also helps explain the logic behind twenty-eight-pill packages of birth control. Scientifi­cally speaking, the pills are necessary only on the first twenty-one days of a twenty-eight-day menstrual cycle. However, most birth control packages include seven sugar pills along with twenty-one hormone pills to ensure that people on birth control won’t fall out of the bit.

Excerpt from: How to Change: The Science of Getting from Where You Are to Where You Want to Be by Katy Milkman 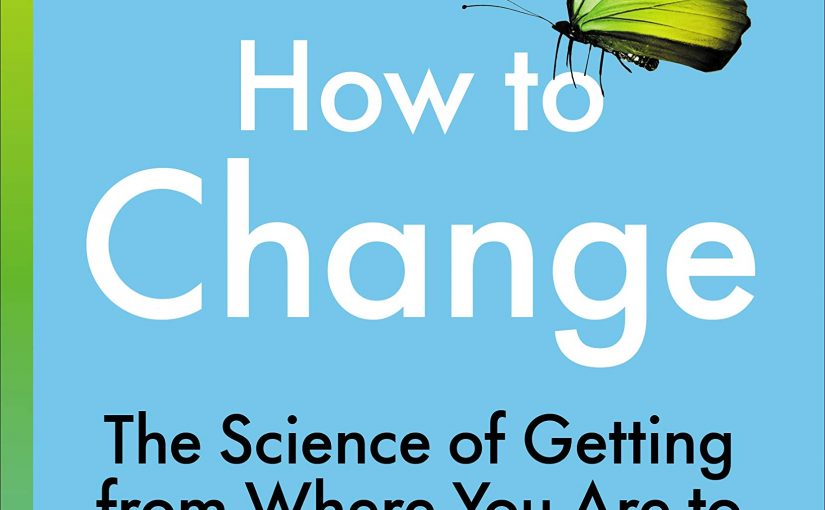