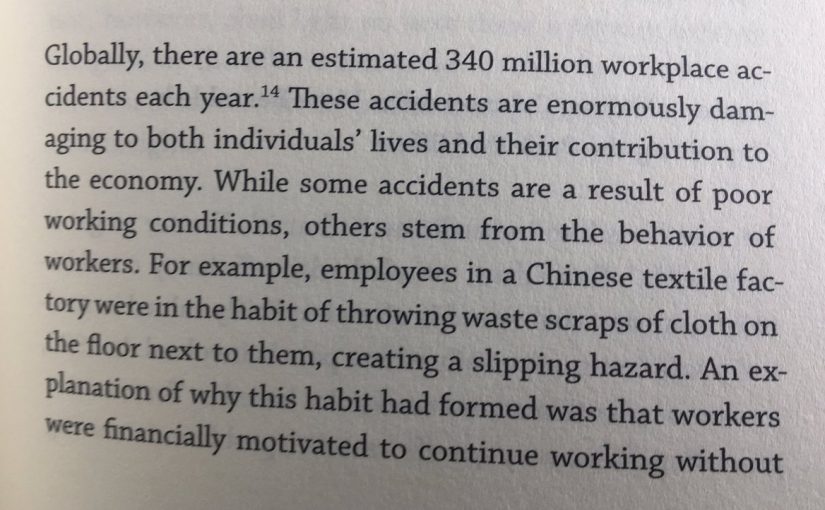 Globally, there are an estimated 340 million workplace accidents each year. These accidents are enormously damaging to both individuals’ lives and their contribution to the economy. While some accidents are a result of poor working conditions, others stem from the behavior of workers. For example, employees in a Chinese textile factory were in the habit of throwing waste scraps of cloth on the floor next to them, creating a slipping hazard. An explanation of why this habit had formed was that workers were financially motivated to continue working without breaks. Initially, the factory tried a traditional approach to influence behavior: offering monetary incentives to workers if they put waste in trash cans. The effect was disappointing: scraps were still thrown on the floor, and the danger remained.

Sherry Jueyu Wu and Betsy Levy Paluck, researchers partnering with the factory, thought that meaningful visual cues on the floor might help change behavior. Specifically, they introduced decals depicting golden coins on the production floors. Culturally, golden coins are considered to symbolize fortune and luck, meaning the employees would have a disincentive to cover them with waste. Introducing these decals led to a 20 percent decline in waste on the floor. A small, contextually meaningful change to the design of the environment was enough to overcome a seemingly entrenched habit. 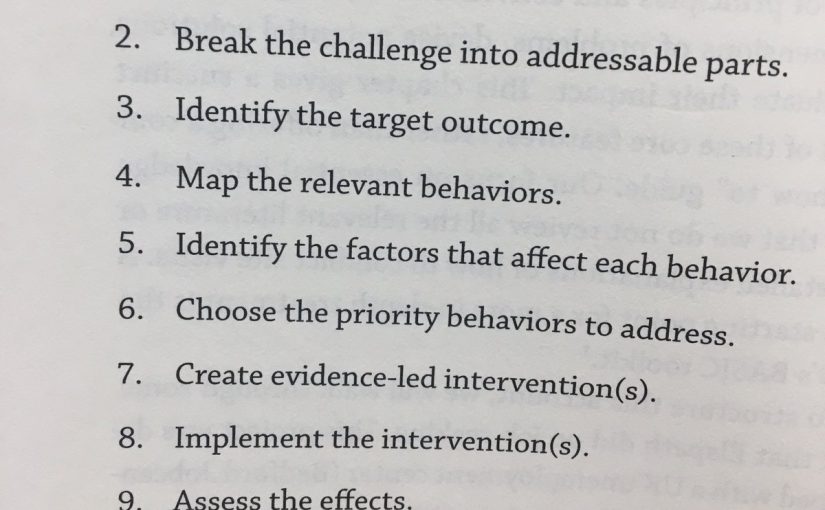 1. Establish the scope.
2. Break the challenge into addressable parts.
3. Identify the target outcome.
4. Map the relevant behaviors.
5. Identify the factors that affect each behavior.
6. Choose the priority behaviors to address.
7.Create evidence-led intervention(s).
8. Implement the intervention(s).
9. Assess the effects.
10. Take further action based on the results 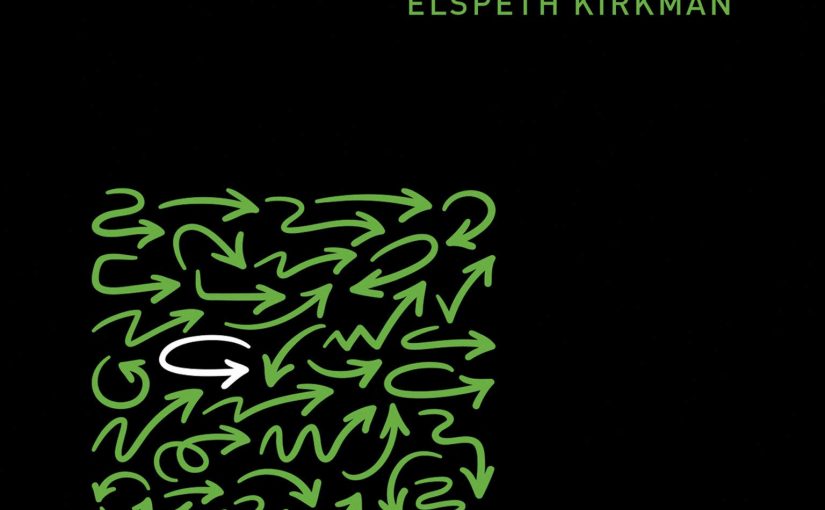