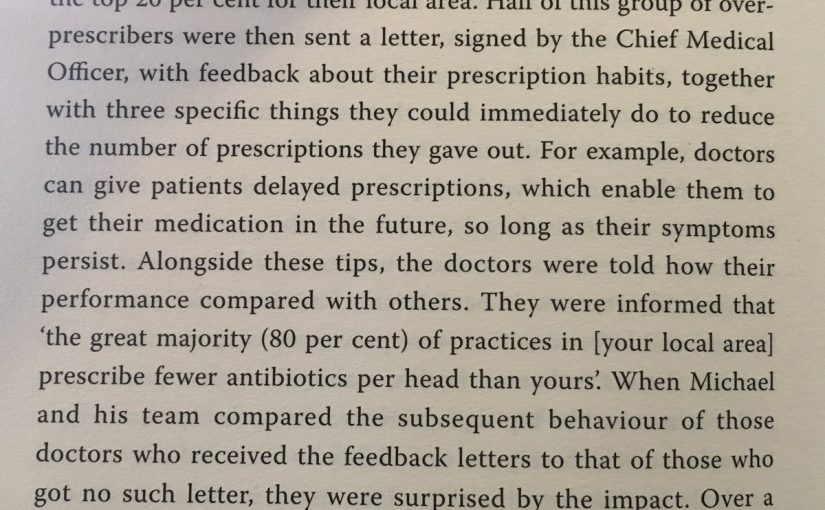 They started by collating the information about what GP practices across England were doing, and used this to identify practices whose prescription rate for antibiotics was in the top 20 per cent for their local area. Half of this group of over-prescribers were then sent a letter, signed by the Chief Medical Officer, with feedback about their prescription habits, together with three specific things they could immediately do to reduce the number of prescriptions they gave out. For example, doctors can give patients delayed prescriptions, which enable them to get their medication in the future, so long as their symptoms persist. Alongside these tips, the doctors were told how their performance compared with others. They were informed that ‘the great majority (80 per cent) of practices in [your local area] prescribe fewer antibiotics per head than yours’. When Michael and his team compared the subsequent behaviour of those doctors who received the feedback letters to that of those who got no such letter, they were surprised by the impact. Over a six-month period, GP practices receiving the feedback letters prescribed an estimated 73,400 fewer antibiotic items than those that didn’t. 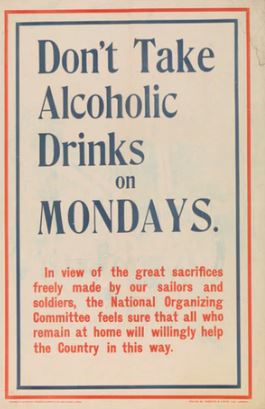 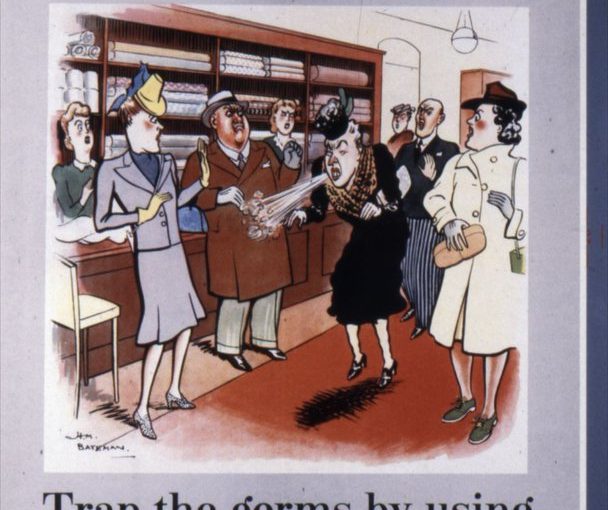 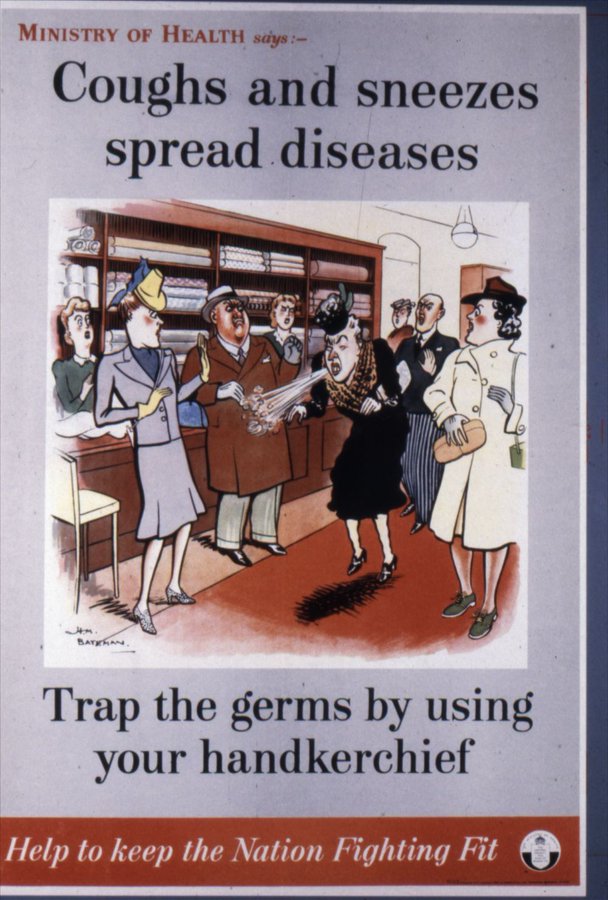