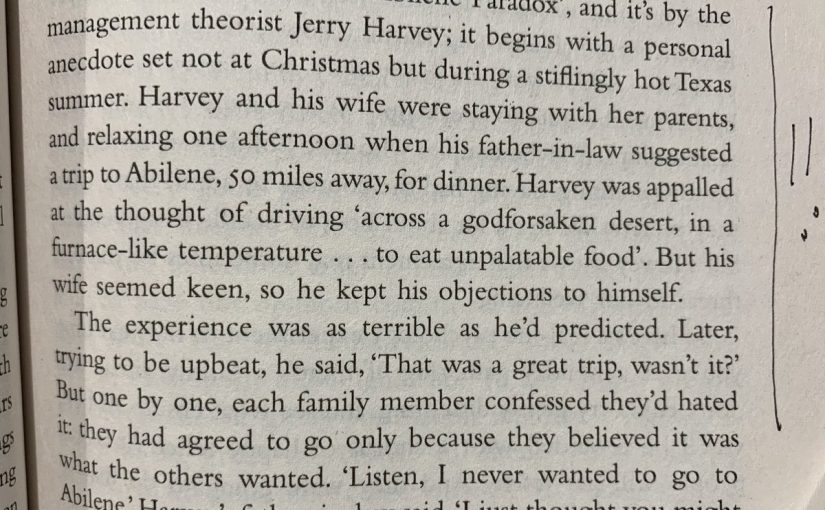 Psychologists Gretchen Chapman and Brian Bornstein tested this idea in a 1996 experiment, when Liebeck v. McDonald’s was much in the news. They presented eighty students from the University of Illinois, U.S.A., students with the hypothetical case of a young woman who said she contracted ovarian cancer from birth control pills and was suing her health care organization. Four groups each heard a different demand for damages: $100; $20,000; $5 million; and $1 billion. The mock jurors were asked to give compensatory damages only. Anyone who wants to believe in the jury system must find the results astonishing.

The jurors were amazingly persuadable, up through the $5 million demand. The lowball $100 demand got a piddling $990 average award. This was for a cancer said to have the plaintiff ‘almost constantly in pain… Doctors do not expect her to survive beyond a few more months.’ 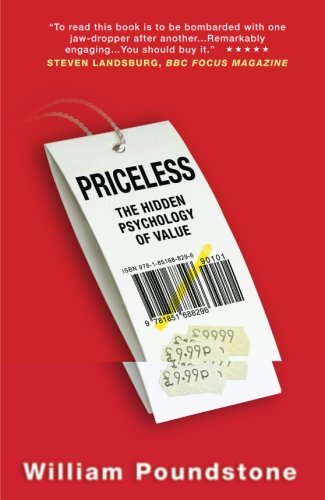 In a 1992 survey by W. H. Desvousges and colleagues, people were told that birds were dying because they became mired in uncovered pools of oil at refineries. This (fictitious) problem could be solved by putting nets over the pools. The experiment asked participants to indicate how much they would be willing to pay for nets to save the birds The researchers tried telling different groups that 2,000 birds were being killed a year — or 20,000 birds, or 200,000 birds. The answers didn’t depend on the number of birds! In all cases, the average dollar amount was $80. Evidently, all that registered was A lot of birds are being killed. We should do something about it. 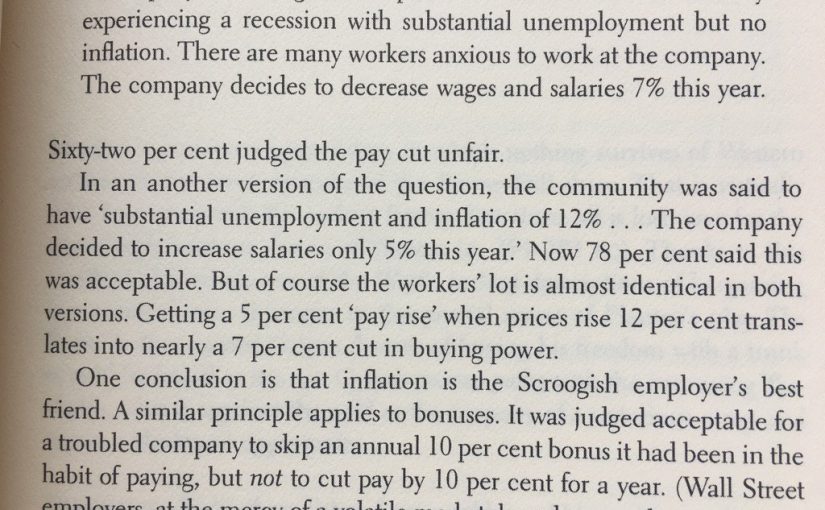 A company is making a small profit. It is located in a community experiencing a recession with substantial unemployment but no inflation. There are many workers anxious to work at the company.

The company decides to decrease wages and salaries 7% this year.

In an another version of the question, the community was said to have ‘substantial unemployment and inflation of 12% . . . The company decided to increase salaries only 5% this year.’ Now 78 per cent said this was acceptable. But of course the workers’ lot is almost identical in both versions. Getting a 5 per cent ‘pay rise’ when prices rise 12 per cent translates into nearly a 7 per cent cut in buying power.

One conclusion is that inflation is the Scroogish employer’s best friend. A similar principle applies to bonuses. It was judged acceptable for a troubled company to skip an annual 10 per cent bonus it had been in the habit of paying, but not to cut pay by 10 per cent for a year. (Wall Street employers, at the mercy of a volatile market, have long made use of this.) 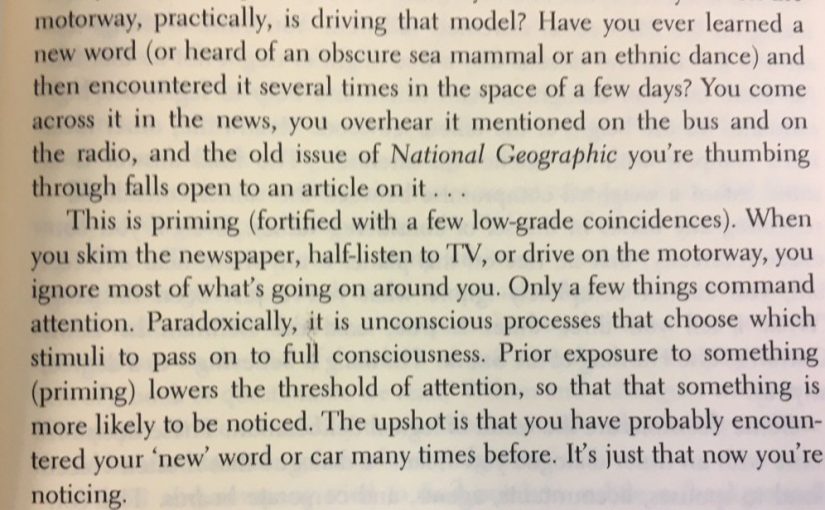