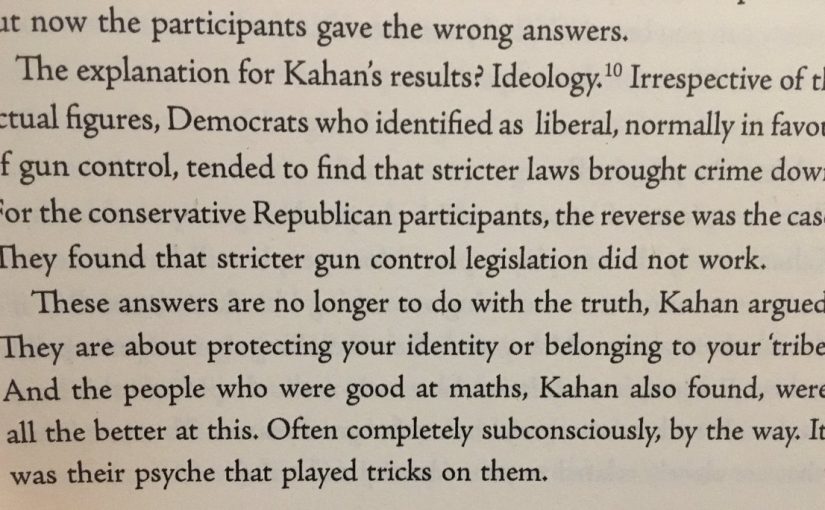 The explanation for Kahan’s results? Ideology. Irrespective of the actual figures, Democrats who identified as liberal, normally in favour of gun control, tended to find that stricter laws brought crime down. For the conservative Republican participants, the reverse was the case. They found that stricter gun control legislation did not work.

These answers are no longer to do with the truth, Kahan argued. They are about protecting your identity or belonging to your tribe! And the people who were good at maths, Kahan also found, were all the better at this. Often completely subconsciously, by the way. It was their psyche that played tricks on them.

Excerpt from: The Number Bias: How Numbers Lead and Mislead Us by Sanne Blauw 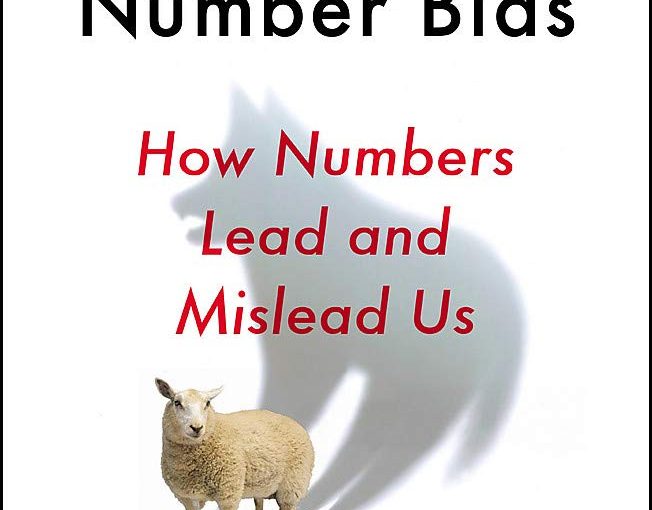