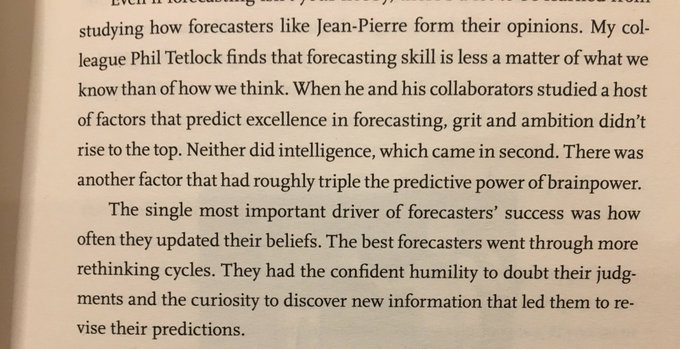 My colleague Phil Tetlock finds that forecasting skill is less a matter of what we know than of how we think. When he and his collaborators studied a host of factors that predict excellence in forecasting, grit and ambition didn’t rise to the top. Neither did intelligence, which came in second. There was another factor that had roughly triple the predictive power of brainpower.

The single most important driver of forecasters’ success was how often they updated their beliefs. The best forecasters went through more rethinking cycles. They had the confident humility to doubt their judgments and the curiosity to discover new information that led them to revise their predictions. 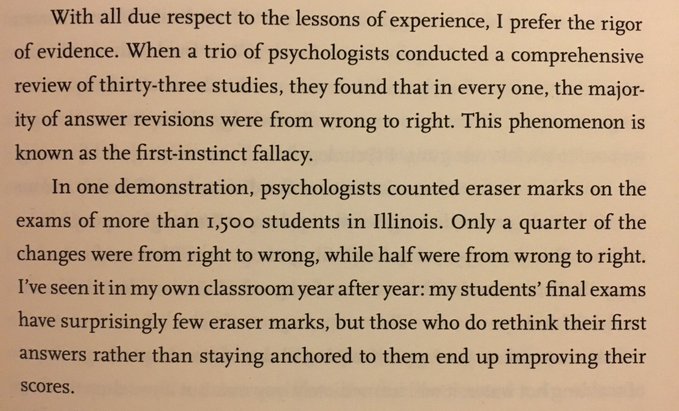 With all due respect to the lessons of experience, I prefer the rigor of evidence. When a trio of psychologists conducted a comprehensive review of thirty-three studies, they found that in every one, the majority of answer revisions were from wrong to right. This phenomenon is known as the first-instinct fallacy.

In one demonstration, psychologists counted eraser marks on the exams of more than 1,500 students in Illinois. Only a quarter of the changes were from right to wrong, while half were from wrong to right. I’ve seen it in my own classroom year after year: my students’ final exams have surprisingly few eraser marks, but those who do rethink their first answers rather than staying anchored to them end up improving their scores. 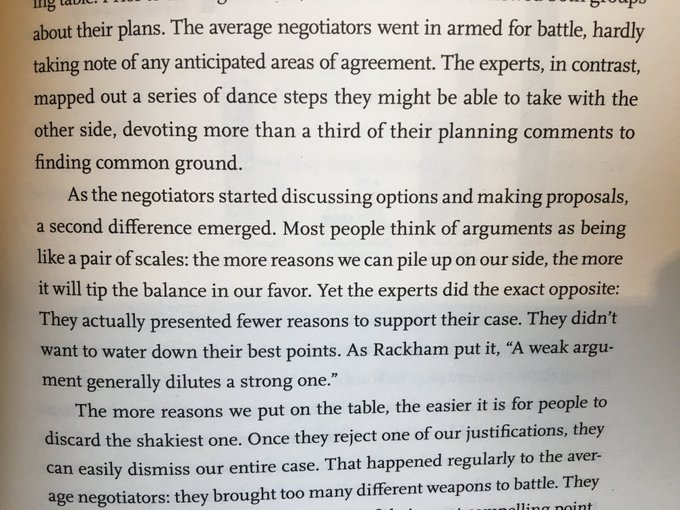 The average negotiators went in armed for battle, hardly picking note of any anticipated areas of agreement. The experts, in contrast, mapped out a series of dance steps they might be able to take with the other side, devoting more than a third of their planning comments to finding common ground.

As the negotiators started discussing options and making proposals, a second difference emerged. Most people think of arguments as being like pair of scales: the more reasons we can pile up on our side, the more swill tip the balance in our favor. Yet the experts did the exact opposite: They actually presented fewer reasons to support their case. They didn’t want to water down their best points. As Rackham put it, “A weak argument generally dilutes a strong one.”

The more reasons we put on the table, the easier it is for people to discard the shakiest one. Once they reject one of our justifications, they can easily dismiss our entire case. That happened regularly to the average negotiators: they brought too many different weapons to battle. 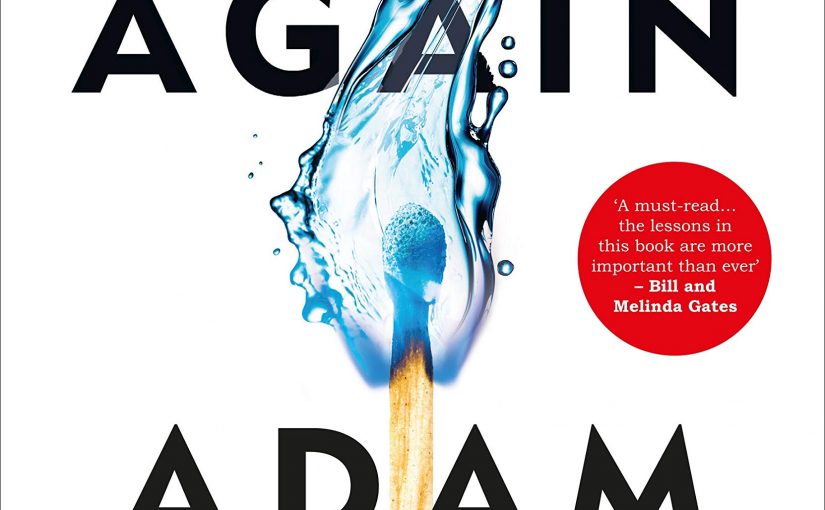