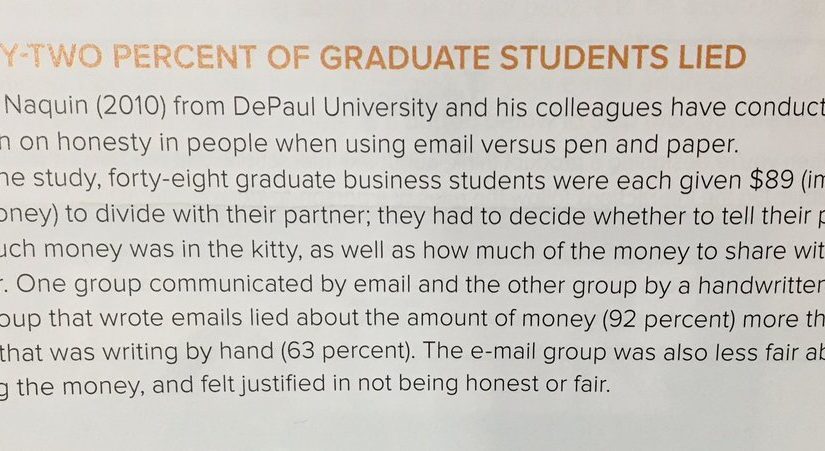 Charles Naquin (2010) from DePaul University and his colleagues have conducted research on honesty in people when using email versus pen and paper.

In one study, forty-eight graduate business students were each given $89 (imaginary money) to divide with their partner; they had to decide whether to tell their partner how much money was in the kitty, as well as how much of the money to share with their partner. One group communicated by email and the other group by a handwritten note. The group that wrote emails lied about the amount of money (92 percent) more than the group that was writing by hand (63 percent). The e-mail group was also less fair about sharing the money, and felt justified in not being honest or fair.