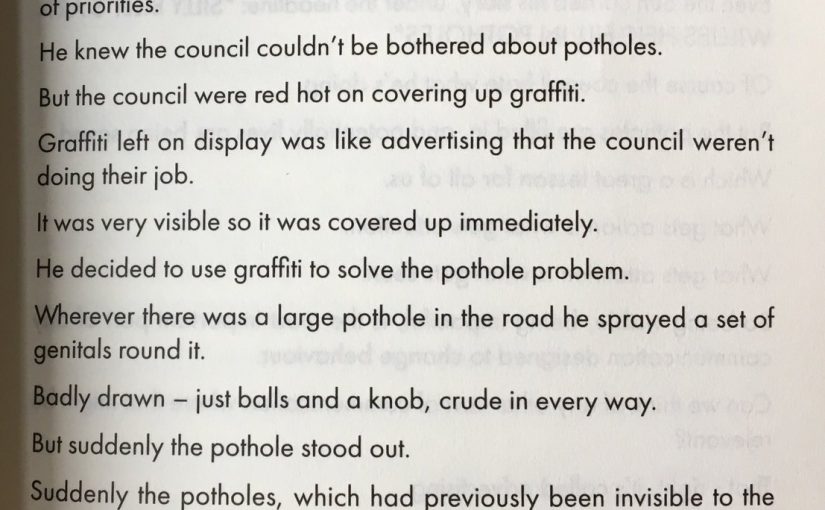 Everywhere potholes are a problem, everywhere councils ignore the,

Sure they’ll fix them, eventually, when they get around to it.

One cyclist in Bury decided to elevate potholes up the council’s list of priorities.

He knew the council couldn’t be bothered about potholes.

But the council were red hot on covering up graffiti.

Graffiti left on display was like advertising that the council weren’t doing their job.

It was very visible so it was covered up immediately.

He decided to use graffiti to solve the pothole problem.

Wherever there was a large pothole in the road he sprayed a set of genitals round it.

Badly drawn — just balls and a knob, crude in every way.

But suddenly the potholes stood out.

Suddenly the potholes, which had previously been invisible to the council, were seen to be outraging public decency.

The potholes, which had been ignore for months, were repaired and the graffiti removed within forty-eight hours.