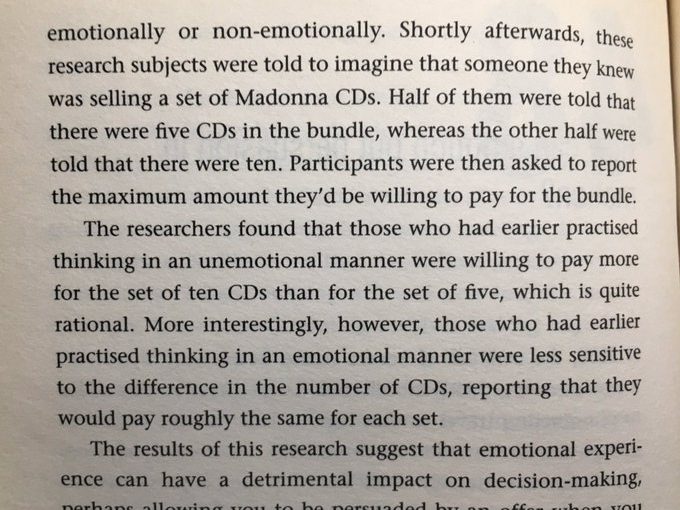 To test this idea, the researchers asked participants to spend a brief period of time thinking about some issues either emotionally or non-emotionally. Shortly afterwards, these research subjects were told to imagine that someone they knew was selling a set of Madonna CDs. Half of them were told that there were five CDs in the bundle, whereas the other half were told that there were ten. Participants were then asked to report the maximum amount they’d be willing to pay for the bundle.

The results of this research suggest that emotional experience can have a detrimental impact on decision-making, perhaps allowing you to be persuaded by an offer when you shouldn’t be.