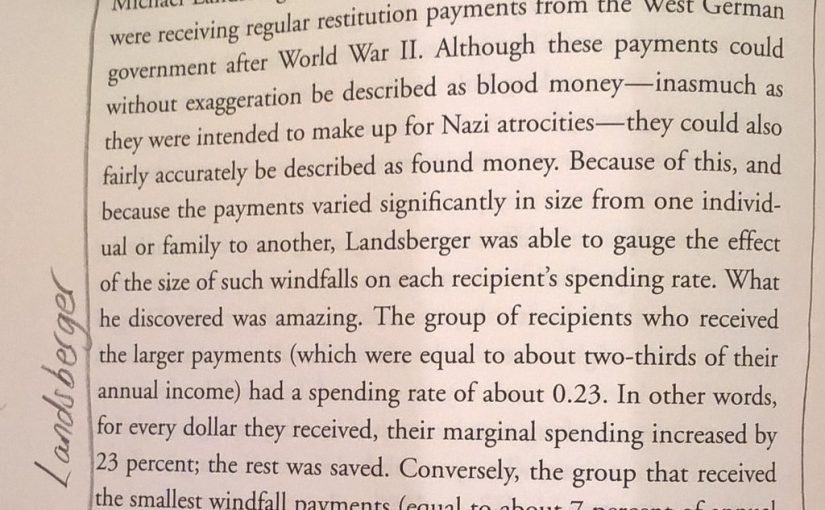 About thirty years ago, an economist at the Bank of Israel named Michael Landsberger undertook a study of a group of Israelis who were receiving regular restitution payments from the West German government after World War II. Although these payments could without exaggeration be described as blood money – inasmuch as they were intended to make up for Nazi atrocities – they could also fairly accurately be described as found money. Because of this, and because the payments varied significantly in size from one individual or family to another, Landsberger was able to gauge the effect of the size of such windfalls on each recipients spending rate. What he discovered was amazing. The group of recipients who received the larger payments (which were equal to about two-thirds of their annual income) had a spending rate of about 0.23. In other words, for every dollar they received, their marginal spending increased by 23 percent; the rest was saved. Conversely, the group that received the smallest windfall payments (equal to about 7 percent of annual income) had a spending rate of 2. Or, more accurately, for every dollar of found money, they spent $1 of found money and another $1 from “savings” (what they actually saved or what they might have saved).