Listerine was invented in the nineteenth century as powerful surgical antiseptic. It was later sold, in distilled form, as both a floor cleaner and a cure for gonorrhea. But it wasn’t a runaway success until the 1920s, when it was pitched as a solution for “chronic halitosis”— a then obscure medical term for bad breath. Listerine’s new ads featured forlorn young women and men, eager for marriage but turned off by their mate’s rotten breath. “Can I be happy with him in spite of that?” one maiden asked herself. Until that time, bad breath was not conventionally considered such a catastrophe, but Listerine changed that. As the advertising scholar James B. Twitchell writes, “Listerine did not make mouthwash as much as it made halitosis.” In just seven years, the company’s revenues rose from $115,000 to more than $8 million.”

Excerpt from: Freakonomics: A Rogue Economist Explores the Hidden Side of Everything by Steven Levitt and Stephen Dubner 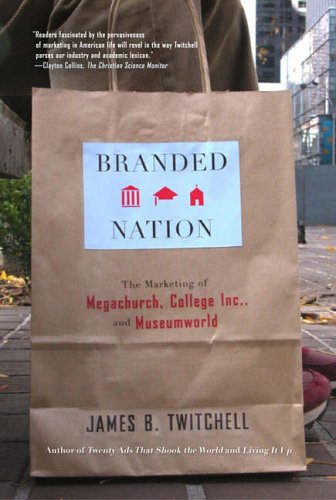 Or, as John Stuart, chairman of Quaker Oats, said, “If this business were to be split up, I would be glad to take the brands, trademarks, and goodwill, and you could have all the bricks and mortar—and I would fare better than you” (in Dyson et al. 1996, 9).

Excerpt from: Branded Nation: The Marketing of Megachurch. College Inc.. and Museumworld by James Twitchell