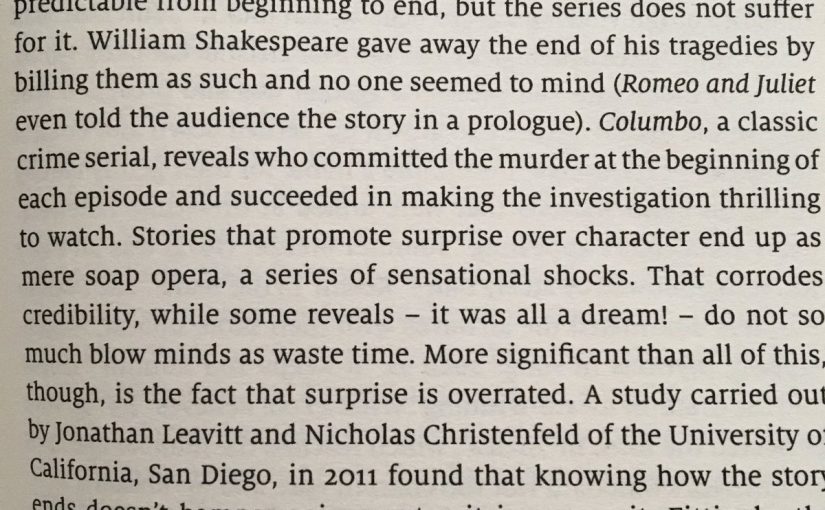 By promoting one technique, the twist, and one effect, surprise, stories get bent out of shape. They try too hard to counter expectation and resist predictability. The Lord of the Rings is totally predictable from beginning to end, but the series does not suffer for it. William Shakespeare gave away the end of his tragedies by billing them as such and no one seemed to mind (Romeo and Juliet even told the audience the story in a prologue). Columbo, a classic crime serial, reveals who committed the murder at the beginning of each episode and succeeded in making the investigation thrilling to watch. Stories that promote surprise over character end up as mere soap opera, a series of sensational shocks. That corrodes credibility, while some reveals – it was all a dream! – do not so much blow minds as waste time. More significant than all of this, though, is the fact that surprise is overrated. A study carried out by Jonathan Leavitt and Nicholas Christenfeld of the University of California, San Diego, in 2011 found that knowing how the story ends doesn’t hamper enjoyment – it increases it. Fittingly, the researchers announced their conclusion in the title of their me “Story spoilers don’t spoil stories”.

Did the simple act of painting lines on roads save hundreds of thousands of lives? In their book Reducing Global Road Traffic Tragedies, Gerald Balcar and Bo Elfving argue that it did. The first American centre line appeared near Detroit in 1911; the man responsible for it claimed a leaky milk van leaving a white streak inspired him. Over the next few decades, road engineers began to favour yellow centre lines, which were made reflective by adding glass beads to paint. But edge lines remained rare outside cities.

What changed that were studies from the 195os showing that painted edge lines cut road accidents, especially fatal ones. In the early 1970s Potters Industries (which made the glass beads, and employed Mr Balcar) calculated that driving on a rural road at night was six times deadlier than driving on an urban road during the day. Cars were running off the roads largely because drivers could not see their edges. As edge lines and marked intersections proliferated, and Americans began wearing seat-belts, the takes death rate began to fall. 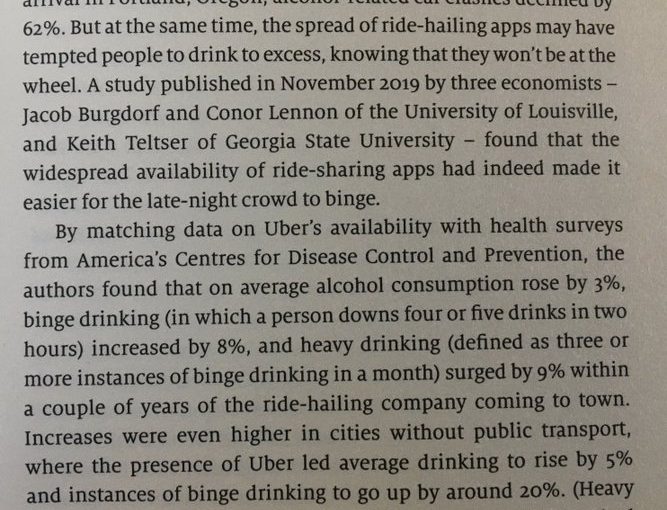 Among other things, Uber has made it far easier for party-goers to get home safely. A study published in 2017 found that after Uber’s arrival in Portland, Oregon, alcohol-related car crashes declined by 62%. But at the same time, the spread of ride-hailing apps may have tempted people to drink to excess, knowing that they won’t beat the wheel. A study published in November 2019 by three economists – Jacob Burgdorf and Conor Lennon of the University of Louisville, and Keith Teltser of Georgia State University – found that the widespread availability of ride-sharing apps had indeed made it easier for the late-night crowd to binge.

By matching data on Uber’s availability with health Surveys from America’s Centres for Disease Control and Prevention, the authors found that on average alcohol consumption rose by 3%, binge drinking (in which a person downs four or five-drinks in two hours) increased by 8%, and heavy drinking (defined as three or more instances of binge drinking in a month) surged by 9% within a couple of years of the ride-hailing company coming to town. Increases were even higher in cities without public transport, where the presence of Uber led average drinking to rise by 5% and instances of binge drinking to go up by around 20%. (heavy drinking still rose by 9%.) Remarkably, excessive drinking had actually been in decline before Uber’s appearance, giving further evidence that the firm’s arrival affected behavior. 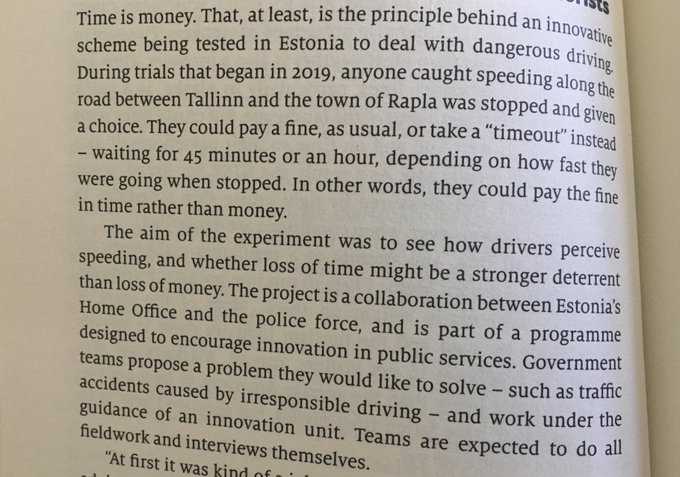 Time is money. That, at least, is the principle behind an innovative scheme being tested in Estonia to deal with dangerous driving. During trials that began in 2019, anyone caught speeding along the road between Tallinn and the town of Rapla was stopped and given a choice. They could pay a fine, as usual, or take a ‘timeout’ instead – waiting going when stopped. In other words, they could pay the fine in time rather than money.

The aim of the experiment was to see how drivers perceive speeding, and whether loss of time might be a stronger deterrent than loss of money. The project is a collaboration between Estonia’s Home Office and the police force, and is part of a program designed to encourage innovation in public services. Government teams propose a problem they would like to solve – such as traffic accidents caused by irresponsible driving – and work under the guidance of an innovation unit. Teams are expected to do all fieldwork and interviews themselves. 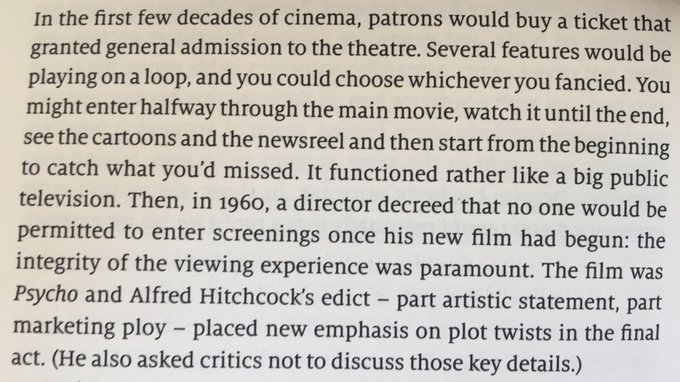 In the first few decades of cinema, patrons would buy a ticket that granted general admission to the theatre. Several features would be playing on a loop, and you could choose whichever you fancied. You might enter halfway through the main movie, watch it until the end, see the cartoons and the newsreel and then start from the beginning to catch what you’d missed. It functioned rather like a big public television. Then, in 1960, a director decreed that no one would be permitted to enter screenings once his new film had begun: the integrity of the viewing experience was paramount. The film was Psycho and Alfred Hitchcock’s edict – part artistic statement, part marketing ploy – placed new emphasis on plot twists in the final act. (He also asked critics not to discuss those key details.)

Using data on more than 1m babies born in Washington state between 1996 and 2009, and records of thousands of crimes committed there between 1992 and 2015, the authors find that when women become pregnant, they are much less likely to be arrested, for a wide range of crimes. The effective most marked for “economic” crimes, such as theft and burglary, but is also true of assaults, vandalism, and alcohol and drug offences. Arrest rates fall by 50%, almost as soon as women become pregnant and fall much further as the pregnancy goes on. Although they bounce back somewhat after childbirth, arrest rates stabilize at about half pre­ pregnancy levels.

More surprisingly, the same pattern holds for fathers. Men are much likelier than women to commit crimes of all sorts in the first place, and the decline in some types of crime is less dramatic for dads than for mums. But arrest rates drop by around 15% once their partners become pregnant, and stay around this mark even after birth. In a blog post commenting on the paper, Alexander Tabarrok of George Mason University described the effect as “astoundingly large”. A study by Mr. Tabarrok published in 2007 concluded that the threat of an additional 20 years of prison made criminals 17% less likely to reoffend; the prospect of fatherhood, it seems, is more salutary than that of two decades of incarceration. 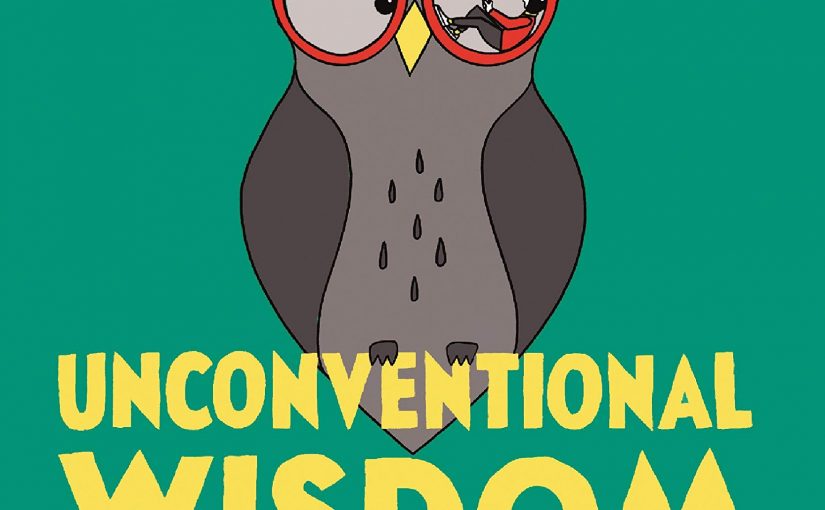 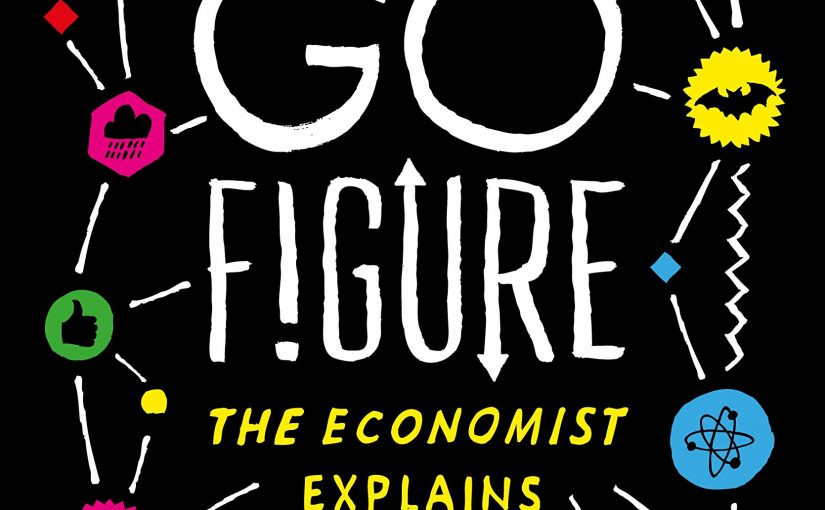 Such names matter more than one might expect. In 2014 a study by researchers at Arizona State University and the University of Illinois found that hurricanes with feminine names killed more people than those with masculine ones. This has little to do with their ferocity, which was randomly distributed, but rather with people’s reactions to them. It seems that tropical storms with women’s names are taken less seriously than those with male names.